The Android version of the GoPro app has received a hefty new update which pushes it to version 2.4. This new release has blessed the software with a few additions that are sure to delight owners of the action cameras who utilize their Android devices for interacting with them.

The developers of the GoPro app have blessed it with the ability to automatically connect to your camera’s Wi-Fi network when you launch it through your Android phones or tablets. This is a pretty handy feature which should save users some time that used to be eaten up by the process of manually connecting it. 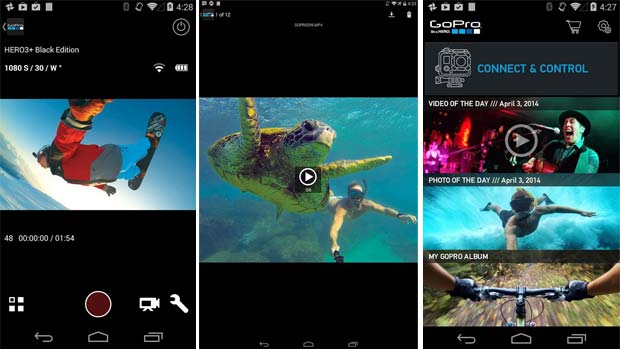 Devices bearing Android 4.0 and higher will see a slight change in the user interface of this application. Following the update, the design is an all-black affair, and it also grabs a much leaner and modern look than its predecessor. Some gradients which formed part of the former version have also been gotten rid of.

The GoPro Android app moreover, even lets you share photos and videos directly from your GoPro Album to social platforms lie Facebook, Instagram, YouTube and more. And lastly, there’s a new feature which lets you automatically turn your Photo of the Day into a wallpaper.

This new update for the GoPro app is live now on the Google Play store, and can of course be downloaded for free.

Facebook
Twitter
Pinterest
Linkedin
ReddIt
Tumblr
Flip
Previous articlePentax 645Z is a medium format camera which comes at a ridiculously low price
Next articleSony Alpha A77 II builds upon its predecessor, does that in style