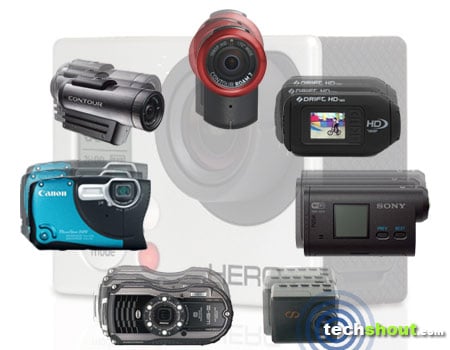 Laying hands on a GoPro alternative isn’t an easy task. Let’s face the facts here – the company has built a great reputation around the wearable/mountable camera series and offers a whole bunch of accessories with it. You can take it dirt track racing, rafting, mountain climbing, surfing and so on without worrying about having this device fall apart or being left with shoddy visual proof of your escapades. But you’ve obviously got good reason to be looking for other options and here’s a bit of help with that – 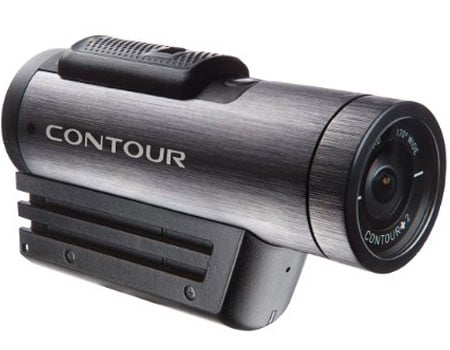 Our first contender has been touted by many as the closest competitor to the camera in question. If your sense of aesthetics is the same as ours, it can even safely be referred to as the better looking of the two. But appearances are not all we’re going to talk about here. The lens fitted into the body is a 170° wide angle one offering 270° rotation. 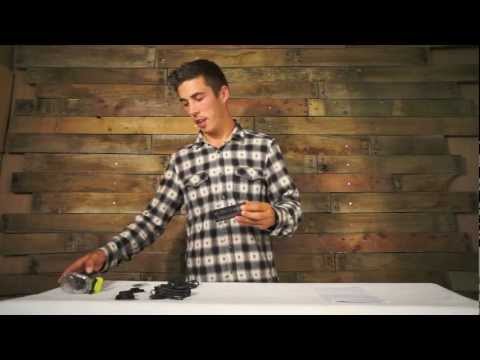 Depending on where you buy it from, the Contour+2 can be picked up for as low as $296. In terms of specs, it is built to shoot images in 5MP and videos in full HD, Tall HD (1280 x 960), Action HD (1280 x 720) or slow motion. It generally sells with a water-proof case, though your add-on options cover suction cup, surfboard, hat, bar, pole, 360 helmet and profile mounts amongst others. 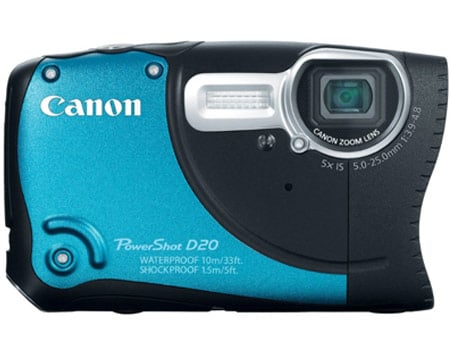 Before you start muttering about this one not being much of a candidate for cameras like GoPro, let us explain that we’ve lined it up for those who want to record adventure sports and have the option of ‘hands-on’ use. The thing with most wearable cameras is that the picture quality often gets sacrificed in favor of feasible design. 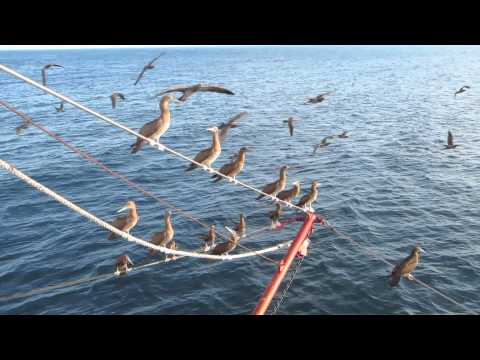 That’s where the GPS-enabled PowerShot D20 comes in as long as you have both hands to spare. Think scuba diving or simply roller-coaster riding. The build is water-proof at up to 33 feet, capable of handling a temperature range of 14°F to 104°F and shock-proof for roughly 5 feet. As far as specifications are concerned, Canon has packed in a 12MP sensor, Digic 4 Image Processor, 28mm wide angle lens and 1080p full HD recording. 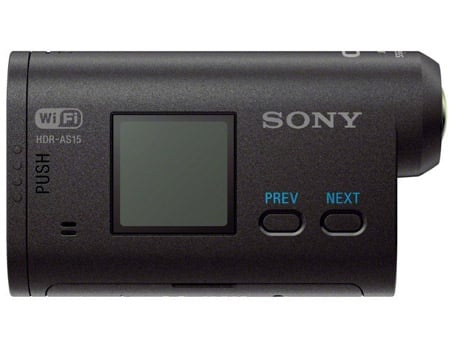 It was indeed a good day when Sony decided that it wanted a bit of the wearable camera action with the, well, Action Cam. Alright, so it’s not the most inventive moniker you could think of while naming a device of its ilk. But the company has always done nicely when it waters down to lenses. 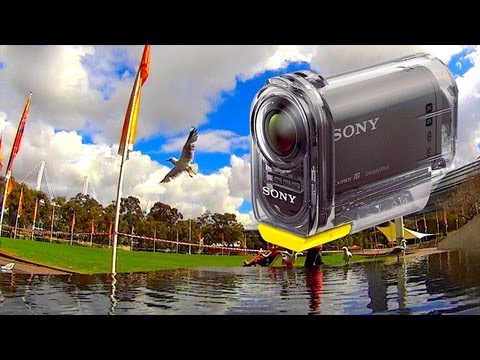 The gadget has adopted a design slightly similar to that of the Contour branded one, something which makes it seem like it’s ready to be mounted just about anywhere. It’s not water-proof, hence ships with a case which should permit you to take it for a swim at depths of up to 197 feet. The aspects you should know about cover 1080p video capturing, one simple start/stop button, 4x slow motion recording and the availability of several optional accessories. 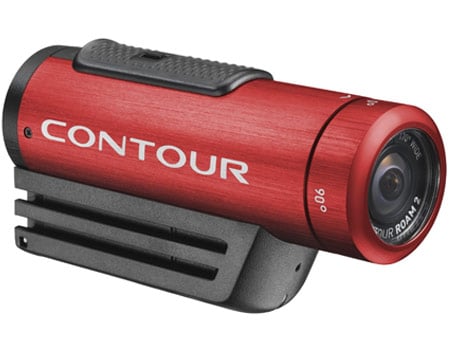 This $199 device similar to GoPro, from Contour, should be your pick if a water-proof camera is what you’ve been after. Another cool feature is its laser beam which can be activated by pushing the status button. It indicates how the device’s lens is aligned so you know you’re capturing your video from the angle (up to 170°) of choice.

Stills can be clicked in 5MP and video shooting options cover full HD, Action HD and Tall HD. No slow motion mode here. The battery life is noted as 3.5 hours and the company says that the Instant On-Record switch has helped do away with the amount of energy the normal standby mode eats up. 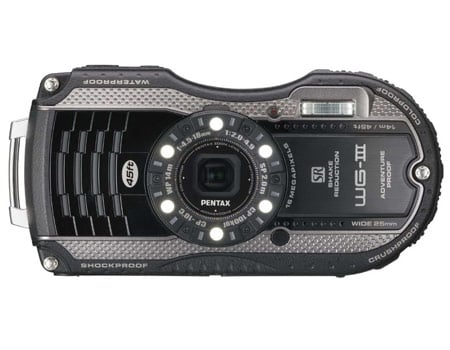 Pretty is probably not a word you’d associate with the Optio WG-3, but who said those robust video recorders for outdoorsy folks need to look attractive. We mean, who’s going to care once it’s covered in mud, grime, grease and what not? The device has what it takes to make for a sporty companion in the wild. 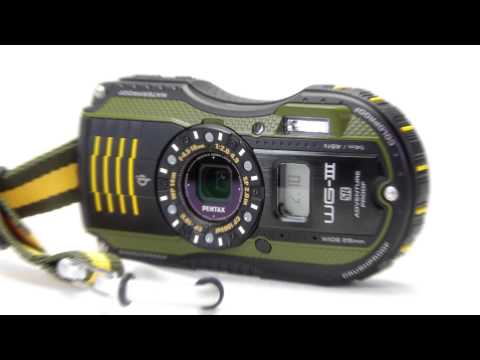 The specs sheet shows off a 3-inch LCD, 16MP CMOS sensor, f2.0 aperture and 1080p full HD shooting capabilities. Also, the body is water-proof up to 45 feet, usable at temperatures going as low as -14°F, may survive drops of around 6.6 feet, is dust-proof and crush-proof. The only downside is that you’ll be hard put to find useful add-ons for the snapper, with floating wrist-straps being the best we could discover so far. 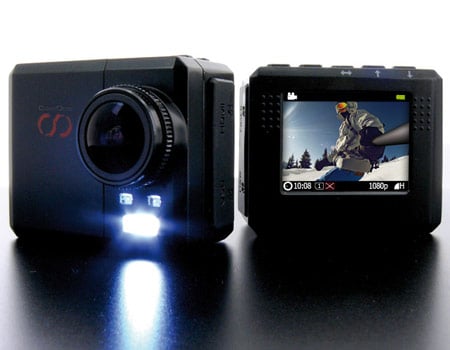 Our sixth option in this roster of cameras like GoPro takes on a conveniently small form factor of 49 x 42 x 34 millimeters and 77 grams. In spite of the tiny proportions, the chassis still manages to hold onto a 1.5-inch screen which is quite handy if you insist on knowing if you’re capturing the scene in question from the best possible perspective. 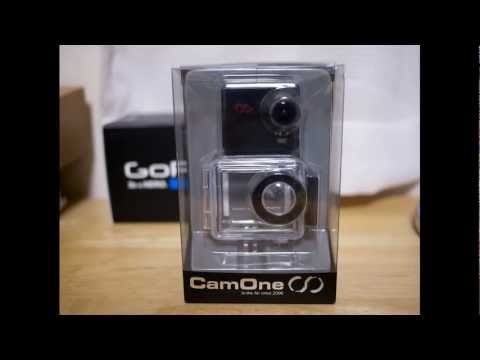 The interior has not one, but two embedded slots which can accommodate microSD cards of up to 32GB and the lens may be swapped for any other available option. The 5MP fish-eye camera has you covered whether you’re in favor of 720p, 1080p or time lapse recording. All of this is being sold with a $149 price and the package includes an underwater housing too. 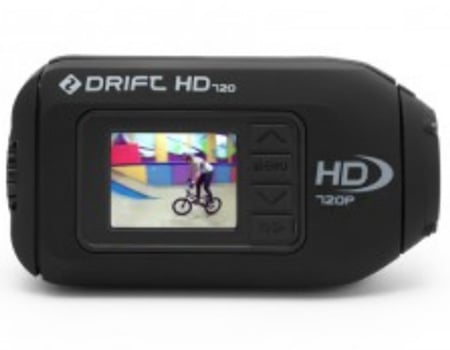 Lastly, if you’re trying to sniff out a bargain camera which performs well, you might be able to get your paws on the Drift HD720. The company has also put out newer versions of the series going by the moniker Ghost and simply HD, both delivering 1080p videos over the HD720’s 720p captures. 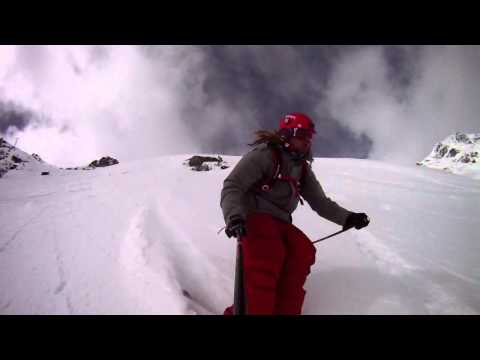 But if 720p resolution doesn’t bother you and all you’re after is a basic action shooter, get going already. It integrates a 130° wide angle lens, an LCD screen, a remote control, a mounting system and 4x digital zoom, and is built to click 5MP stills. You can expect 720p clips at 20 – 30 FPS or SD quality content at 25 – 60 FPS with this one.

Do you think any of the contenders listed above makes for a perfect GoPro alternative? Or have you been tinkering around with a rugged sports cam which is a better solution in terms of price or specifications, if not both? Don’t forget to tell us all about it in the comments section below.