GooPhone is doing what it does best, that is, ripping off of popular devices and this time, the company is out with the S5 which, very clearly, is a Galaxy S5 clone. It is worth mentioning that this firm has designed the said gadget in merely 2 days as the Samsung contender went official only this week.

The GooPhone S5 appears exactly as its source of inspiration and offers a multi-touch real estate of 5 inches on the front side. Just like the Galaxy S5, it is said to be capable of delivering full HD visuals in 1920 x 1080p resolution. Instead of a 16MP rear camera, it brings a 13MP one with LED flash, while the webcam features a 5MP lens. 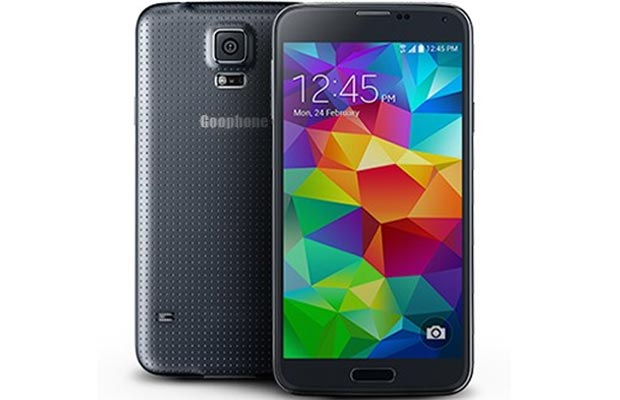 This device’s internal working is carried out under the supervision of a 2GHz octa core MediaTek MT6592 processor which tags along an ARM Mali 450-MP4 GPU as well as 2GB of RAM. You are not likely to get the Android KitKat platform with this device and you have to make do with the Jelly Bean 4.2 OS.

In addition to this, the carrier-unlocked GooPhone device features dual SIM card slots and lets you store content on its 32GB of onboard storage. A 2800mAh battery powers it up for talk time of about 6 hours. You can pick the smartphone up in shades like white, black, gold and blue.

The GooPhone S5 has been priced at $299.99 at the official online store, but it is currently out of stock.