Remember GooPhone, the company that didn’t waste any time to create a rip-off of the latest iPhones even before they were unveiled by Apple? Well, sure you do. And now, it looks like they’re venturing into the wearable tech segment by launching a smartwatch which operates on Android.

And unlike most smartwatches out there, GooPhone’s version will arrive with cellular support which will not only permit data transfer, but also voice calling. The device is said come in two variants, one supporting 2G networks and the other 3G compliant. Since the peripheral can be used independently sans the need of any other connected phone or tablet, the company is touting its gadget as a ‘true’ smartwatch. 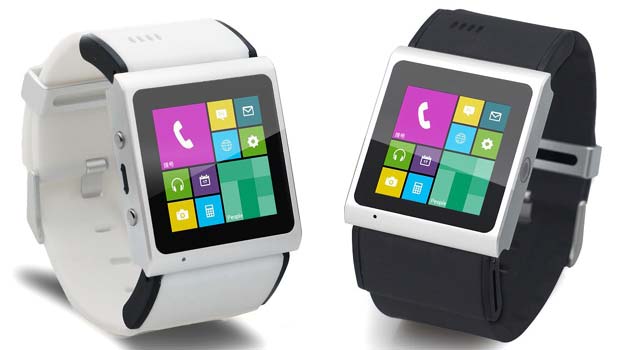 Apart from cellular support, there are other connectivity features onboard. They include Wi-Fi 802.11b/g/n and Bluetooth. On the face of the device, GooPhone has fitted a 1.54-inch touchscreen for visuals and the panel supports 240 x 240p resolution. On the inside, you’ll find a dual core 1.2GHz processor doing the heavy lifting. There’s also 512MB of RAM and 4GB ROM. The Android 4.0 platform runs the show with a custom interface that highly resembles Windows Phone. Additionally, the video embedded below from GizChina provides a quick look at it in action.

The device is being offered in either black or white. It weighs 72 grams and measures 41.9mm x 47.5mm x 13.5mm in dimensions. Other features incorporated here include a 2MP camera, 48 hours of standby time, and a microSIM slot.