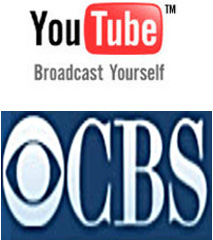 A Wall Street Journal recently reported that the deal struck between Google and CBS has collapsed, as both companies were unable to reach an agreement. However, if the two companies had agreed upon, the deal would have created a revenue-sharing partnership between the two companies, in which the Google-owned YouTube, a popular video sharing web site would host clips from CBS shows legally.

YouTube would have hosted shows such as “The Late Show with David Letterman” and “CSI” had the two companies agreed upon the decided deal.

Now this inability to create a partnership has actually come as a blow to Google, who had guaranteed advertising revenue of more than $500 million for CBS.

The deal fell through, because neither company was able to decide on key and relevant issues such as the length of the partnership. However, the companies will still work together on some projects, albeit at a much more modest level.

Ever since Google acquired YouTube for $1.65 billion in stock, Google’s relationship with U.S. TV companies began to decline. In fact, last year, when Google was working on a deal with media giant Viacom, the company never matured, with Viacom accusing Google of copyright infringement and demanded that YouTube remove around 100,000 clips.

This Friday, a research was released showing that YouTube, the popular video sharing web site was thriving and many of its visitors continue to look for homemade pieces. In the recent past, YouTube was in the news for many wrong reasons and much public ado about piracy being supported on the website.

According to Hitwise general manager of global research Bill Tancer, “If you look at the search terms driving traffic to YouTube, it turns out a lot of the content people are seeking is user-generated.”