Along with launching the Camera and Chrome Remote Desktop apps for Android, Google has also updated its YouTube application for the mobile platform and added some new and convenient features to it. The Mountain View-based company has improved the video quality on handheld devices running version 4.2 or above and some attributes pertaining to comments and playlists have been tossed into the mix as well.

Google has revealed that it will now be possible for subscribers to reply to a comment via the YouTube for Android app. They can even choose to delete their comments from their smartphones and find out if a certain comment has been shared privately or is it available for everyone to see. There’s no need to run to a desktop to carry out any of these operations anymore. 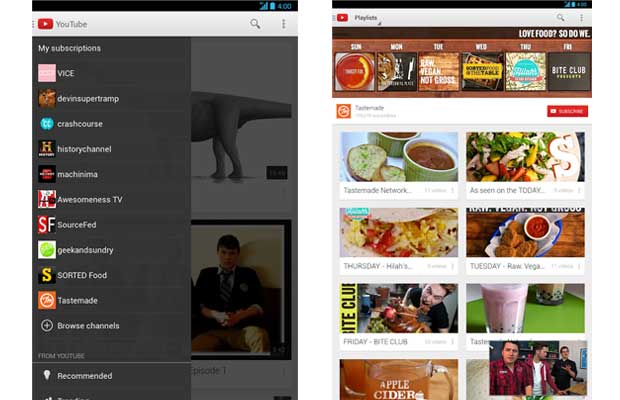 You will also find YouTube Mix automatic playlists for music videos in the application and it now allows you to like as well as share playlists. Your personal playlists and the ones you liked will be show up in a guide drawer placed on the left-hand side of the screen.

Additionally, Droid Life reports that the utility should facilitate casting live videos to Chromecast too. Google has done away with the Preloading menu from Settings and has instead added the Captions menu. This new addition can come in handy for modifying video captions. And users will also notice certain changes in the ‘Watch Later’ interface.

The Google YouTube for Android app update is out now and can be downloaded from the Play Store for free.