There exists a certain app named Google Expeditions which until now allowed teachers to take students on virtual reality field trips right inside their classrooms. This app has just been made available for everyone through the Play store. The search giant has also unveiled a Cast for Education app which enables both teachers and students to share their screens with everyone.

Google Expeditions was unveiled at last year’s I/O, and was only rolled out in a limited manner in September. It’s an app featuring virtual reality tours of places like the Great Barrier Reef and more, which can be viewed on Cardboard headsets by students and be controlled by teachers.

For schools to actually make use of it, a large number of VR headsets will be needed along with other gadgets. These are sold by retailers like Best Buy in the form of bundles. A kit meant for thirty students can cost as much as $9999. It will include thirty smartphones, a tablet for the teacher, thirty VR headsets, a Wi-Fi router, a pelican case for all these things and some more essentials.

Along with this announcement about Expeditions, Google has also revealed how it’s putting its streaming technology to work in schools. The firm has made available a Google Cast for Education app on Chrome, which allows both teachers and students to share their screens with everyone. This will help interactive learning a great deal if used properly. 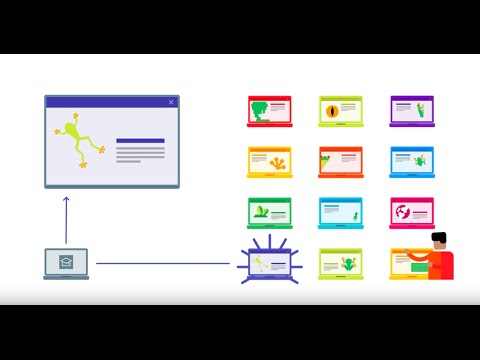 The Google Expeditions app can be grabbed now through the Play store. An iOS version will be released in the near future as well. As for the Cast for Education app, it is available through the Web Store.