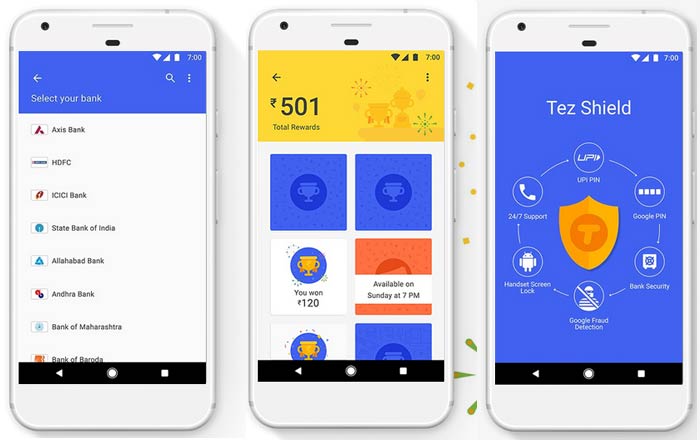 Google has officially unveiled a brand new payments platform called Tez in India, jumping into the growing digital transactions space in the country. It’s a bit late to the game considering how popular apps like Paytm already are, but the search giant does have a considerable base in the country using its other services.

To be clear, Google Tez isn’t a mobile wallet app like Paytm. Instead, it uses the NPCI’s (National Payments Corporation of India) UPI system. The software links directly to bank accounts, so there’s no hassle of topping up a virtual wallet or creating a new account.

To get started, people will have to choose their bank from a list of UPI-supported ones. Tez will then search for the bank account linked to their number and ask them to verify it. This could involve something like asking for the last 8 digits of their debit card number and its expiry date. They’ll then have to decide on a UPI PIN and enter the OTP they receive.

Google is touting Tez’s security benefits, layering it with own Fraud Detection, hacking prevention tools, verification features, a Google PIN or Touch ID to allow access inside the app, and UPI PIN. There’s also an interesting Cash Mode tool that searches for nearby Tez users.

Once found, a person can send or receive money without having to share their phone number or bank account details. Of course, this will depend entirely on whether the other person has the Tez app too. Other transactions require the receiver’s phone number, QR code, or UPI ID.

Google is bundling its new app with Scratch Cards that promise up to Rs 1000 with each transaction and Rs 1 lakh every week with Lucky Sundays. It’s promoting the feature as more convenient than coupons since they’re instantly available and don’t necessitate intense coupon searching.

Google Tez currently supports Hindi, English, Marathi, Tamil, Gujarati, Telugu, Kannada and Bengali. The brand’s partnered up with services like RedBus, Dominos, and PVR right now, and should add more soon. You can download it via the Play Store or App Store.