Material Design is the buzz word right now, at least among developers, and one utility which epitomizes this approach is the Android L Keyboard. This is nothing but the stock typing app that’s set to make its way into the next software release. But that’s supposed to happen this fall, and for those who can’t wait to try it, this application has been made available unofficially through the Play store.

Just the aesthetics are different in this keyboard, as every feature has remained the same from the original Google Keyboard. It has been published by a developer named Shen Ye, who along with Chrisch1974 has extracted it from the Android L Developer Preview and modified it to run as a standalone app. 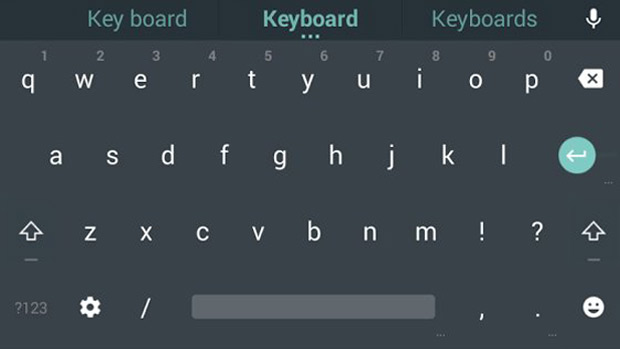 It is compatible with all Android devices running version 4.0 and up, and does not feature any ads or bloat. This keyboard moreover, does not even require root for installing. We tested it on the high-end Moto X as well as the low-end Moto E, and it worked perfectly on both.

Also Read: A brief breakdown of all Android L features

At its I/O 2014 keynote, Google introduced us to the upcoming Android L version for the first time, giving us a preview of what’s in store for us this fall when it’s slated to hit compatible devices. A design overhaul is among the many new additions that have managed to get everyone talking about it.

If you want to grab a glimpse of Google’s new design approach head over to Play store and download the Android L Keyboard app for free.