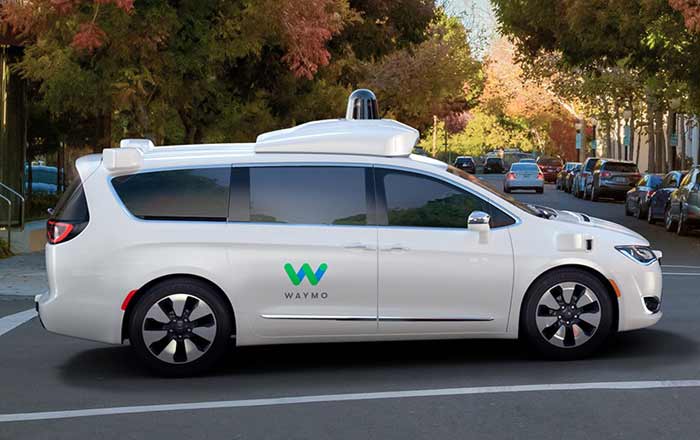 Google’s self-driving car spinoff Waymo has announced that it plans to begin rolling out its fleet of autonomous cars to the public in late January. The Chrysler Pacifica minivans are set to hit the streets of Mountain View and Phoenix where the search giant’s vehicles have already racked up millions of miles.

Waymo made the arrival of the self-driving cars official at the North American International Auto Show where it also offered the first glimpse at the Chrysler Pacifica minivans. Interestingly, the new fleet has distinguished itself from its predecessors by virtue of being decked out with in-house technology rather than third-party ones.

Waymo had previously relied on using expensive sensors, cameras and mapping equipments to drive its independent cars. However, it’s now built its own set of parts. This means that it has more integrated control over the hardware and can cut costs down by a whopping 90% when it comes to things like LIDAR sensors.

Waymo CEO John Krafcik claims the firm has produced two new types of LIDAR sensors. The short-range one lets the car see what’s right in front of it and the long-range one allows them to spy tiny objects located at a distance. Interestingly, the company looks like it’s abandoned any plans to make its own vehicles.

It’s instead focusing on joining hands with companies like Honda and Chrysler and build the software and hardware required to get an autonomous car on the road. Google may rethink this strategy going forward, but for now it seems content to shake-up the auto industry with plans for Uber-esque ride-sharing, personal transportation, and logistics.