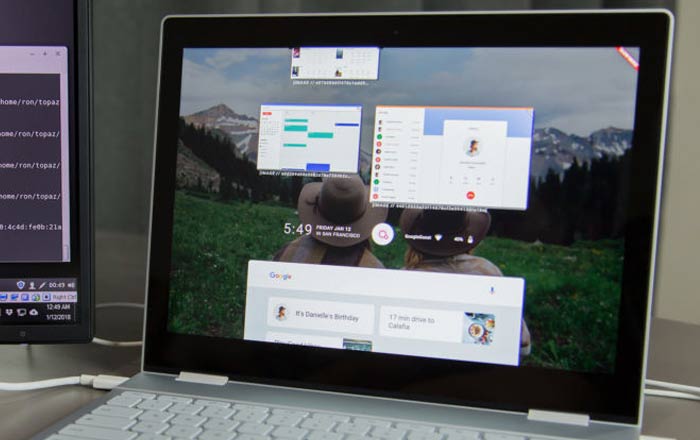 Google has had a secret OS project called Fuchsia in the works since 2016, but it’s yet to publicly admit that it exists. The software is widely expected to replace both Android and Chrome OS in the future, so any major glimpses of it are regarded as clues as to what the company has planned for the future.

While we’ve seen Fuchsia running on an Android phone before, that wasn’t really regarded as the full experience since it was more of a placeholder UI consisting of empty graphics. It offered a hint at what was to come and nothing more. Things started changing when the team behind the OS decided to add the Google Pixelbook as a supported device.

Ars Technica used this to its advantage, managing to get the full Fuchsia OS running on the Pixelbook. The results are pretty interesting for anyone who wants to know what Google’s cooking up in secret. The software smoothly adapts to any screen whether it be a laptop, phone, or tablet.

This is the key to Fuchsia’s appeal since it could replace the fragmented Android experience into one unified interface. It’s still in its early stages though, so no one can actually use it for any useful purpose just yet. There are a few apps about to mess around with such as music and browser, only the two don’t actually play music or load pages properly.

There is a Google search bar present, but it doesn’t connect to the internet and can only find files locally stored on the computer. The publication couldn’t get Wi-Fi to work at all and had to resort to a USB-C Ethernet adapter.

Head here for detailed instructions on how to boot up Fuchsia onto your Pixelbook. It’s worth a look, if only to catch a glimpse at what your OS future could look like.