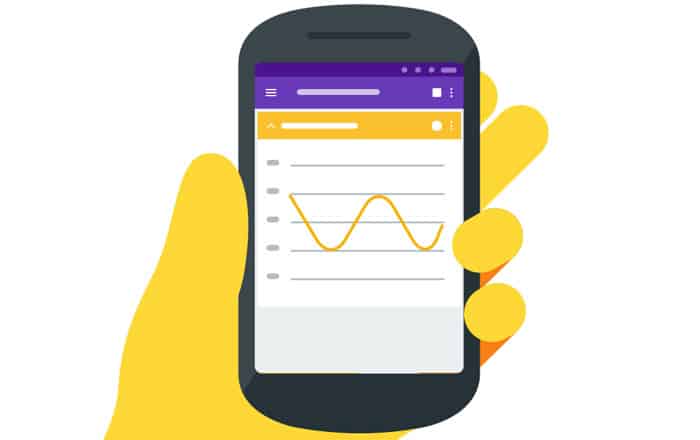 Among the flurry of Google apps out there now sits yet another which is targeted towards the scientific minded. Available on the Play store, the new Science Journal app enables you to conduct small experiments by making use of the various sensors that adorn your smartphones.

The Google Science Journal gauges and records data gathered from the sensors in real time. The app then even converts it into graphs and charts in order to make it easy to understand. And then you can even make notes and keep recording the data over a period of time to observe a long term effect of whatever experiment you’re running.

One of the simplest experiments this Google offering is capable of is sensing the amount of light that’s around you by using the light sensor that sits near the earpieces of most smartphones. It can even measure sound in decibels and detect motion using the accelerometer.

All these being its default features, Google has also equipped Science Journal with the ability to work with external sensors. And for this, it has created and put on sale several ‘hands-on learning kits.’ These are meant for kids to get an easy understanding of basic scientific principles.

Science Journal was released by Google at the end of its I/O conference which saw the unveiling of a number of different projects the search giant has been working on. These include its intelligent search tool called Assistant, its Amazon Echo competitor called Home and much more.

The Google Science Journal app can be downloaded now through the Play store. Its makers have said that they will be open-sourcing this app later this summer.