Google’s messaging services are a hot mess right now, scattered as they are across Hangouts, Android Messages, Duo, and Allo. The company’s been screwing up for years, launching apps with a big splash and then rejigging or shutting them down completely when they fail to gain traction.

It’s time for another phase of this cycle, with the victim this time being Allo. It’s getting the boot after sticking around for nearly 2 years. The Verge reports that Google isn’t actually shutting down the app, but it is shifting the team behind it and all its resources into Android Messages. The company’s calling this a pause, but it’s obvious the application is done for.

It’s not entirely a surprise, as Allo has so far managed to draw 50 million users whereas Android Messages has got about 100 million. The latter is usually the default messaging app in most smartphones, with the exception of brands like Samsung and various Chinese OEMs. 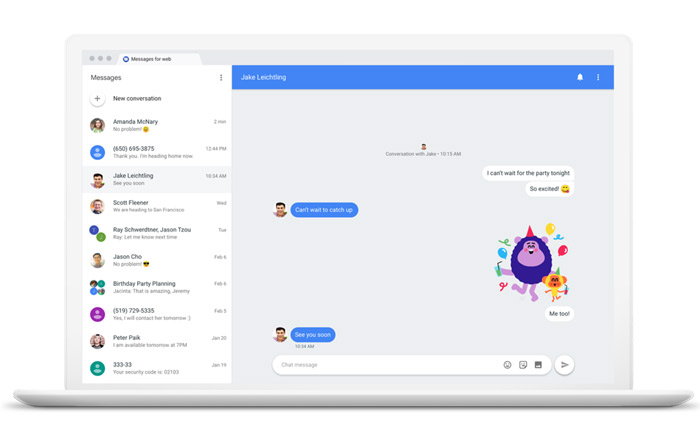 Google wants to leverage this ubiquity into evolving SMS beyond its current form. The medium is still going strong because of its cross-platform nature – even the most basic phone can send an SMS. However, these messages are very limited in nature, unable to communicate anything more complicated than words and emojis.

This is why Google is going to embrace Rich Communication Services (RCS). It’s a new standard which is going to replace SMS in the near future. It supports all kinds of features like read receipts and image and video sharing. In place of an SMS with a link, RCS messages can directly embed a boarding pass into a text.

RCS requires a data connection to work. In the absence of that or if the person at the other end doesn’t support it, SMSes will be used as a fallback. Google is calling the new initiative “Chat.” To be clear, there isn’t going to be a new app called Chat. The name is more of a branding effort to describe all the new features which are going to be inside Android Messages.

These tools include Allo’s Smart Reply skills, group chats, Google Photos integration, more stickers and GIFs, Google Assistant, better search, and a clearer organization of messages. There are also plans to introduce a WhatsApp Web-like interface to chat on desktops. Unfortunately, RCS doesn’t offer end-to-end encryption, so it won’t be as safe as apps like WhatsApp and Signal.

The big issue here is convincing carriers and phone manufacturers to convert to Chat. Google’s managed to lure 55 operators (Verizon, Sprint, Airtel, Jio, Vodafone, AT&T, T-Mobile), 11 OEMs (Samsung, Huawei, HTC, Asus), and 2 OS providers (Microsoft and Google, naturally) to its RCS ways. Apple is a prominent holdout, so iPhone users may get left out the way iMessages has left out Android users.

But there’s a long way to go before implementation begins and any infighting will unravel everything Google has been working towards. If everything does go as planned, you’ll be able to send RCS messages by the middle of 2019. Availability will vary from country to country, so some might get it before others.