Google’s Advanced Technology and Projects (ATAP) group has developed the Project Tango smartphone which claims to have human-scale understanding of space and motion, thanks to 3D scanning sensors. The Mountain View-based company has revealed that the team has collaborated with various research labs, universities and more situated in 9 different countries on robotics and computer visions which have been used in the said mobile device.

The prototype is ready and Google is now asking various developers around the globe to design software, apps and more for the gadget to turn the conglomerate’s ideas into reality. Reportedly, the Project Tango can capture the dimensions of a home or any indoor place which helps users locate the exact location they wish to visit and not just the building. 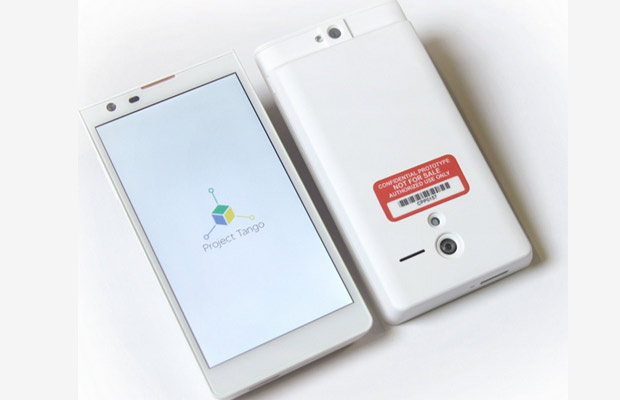 Apparently, it can refrain users from getting lost in a building and assist the visually-impaired people to navigate in unknown places without anybody’s assistance. Also, Google says that it will be easier for users to search for a particular shelf in a super market with the help of the 3D mapping techniques of the device.

The android-based prototype of the Project Tango has a 5-inch touchscreen and features customized hardware and software which track the 3D motion and map the surrounding. As many as a quarter million 3D measurements are recorded every second and this data is combined into the 3D model of the room created in the phone. Thus, orientation and the position of the phone is detected in real time.

A number of development APIs have been pre-loaded which are basically responsible for providing position, orientation and depth data. This information is then shared with Android apps. All of the APIs and software are currently in developmental stages and the prototype is only available for software developers as of now.

In case you are interested in developing indoor navigation or mapping software, apps, games and more for the Google Project Tango phone, you can hit this link and register.