Google’s Project Ara smartphone has been stuck in development for years now, stretching all the way back to 2013 when it was still a Motorola brainchild. The search giant still hasn’t given up on the initiative though, announcing a slew of new developments at its I/O conference recently.

The most exciting news for us ordinary mortals is that Google plans to release a consumer version of the Ara by 2017. The magical-sounding modular smartphone will fall in the hands of developers even before that by Q4 this year. The device is currently being worked on by the brand’s under-the-radar Advanced Technology and Projects (ATAP) and is apparently thin, light and beautiful.

Google backed up these words with video evidence of the Ara in a new promo ad. The phone does look pretty sleek, with a unique back which has space for over 6 swappable modules. These can be used to equip the phone with a high-resolution camera, louder speaker or a larger capacity battery.

The basic principle behind Ara is to do away with the practice of replacing a phone every two years by allowing users to customize any feature. Google claims that it’s improved the technology behind the phone. Adding a module is now as simple as just attaching it to any slot. It’s powered by a new software called Greybus which supports instant connections, power efficiency and rapid-fire data transfers.

Google is also making sure the Ara modules are future-proof by ensuring that it’s built around standards. This guarantees that even new generations of the device are compatible with older modules. The company is further looking to reassure people who are worried that the units could just slip out and fall by building it with durable latches and connectors which keep attachments securely in place. 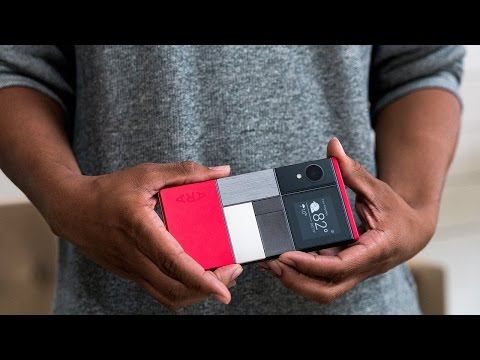