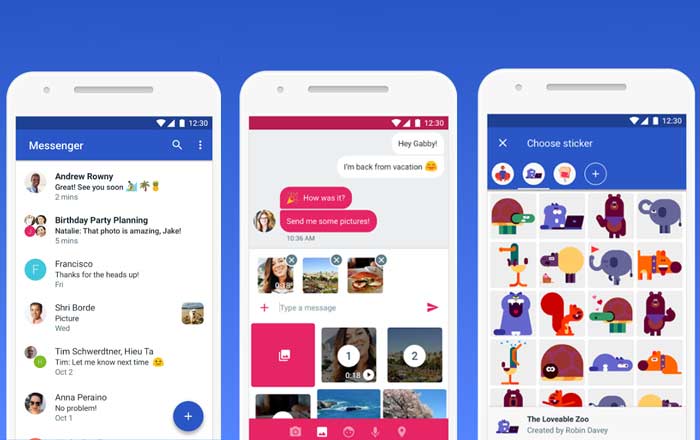 Google’s long-standing default SMS app has gotten a brand new name in its latest update, switching from Messenger to Android Messages. The company’s making some big changes to the tool in its attempts to better compete against rivals like WhatsApp and iMessage.

Google has announced that 27 more carriers and OEMs have signed the dotted line pledging to support the Rich Communications Services (RCS) messaging standard. This means that the freshly revamped Android Messages app will support SMS, MMS and RCS across a number of devices and carriers.

The list includes the likes of Vodafone, Orange, Globe, LG, Micromax, LG, Motorola, LeEco, and Nokia. The expansion means that Android Messages’ coverage will extend to about 1 billion people worldwide. Current Android smartphone consumers can download the new app via the Play Store or wait for an update.

In the future, RCS partners will preload Android Messages on to its devices, offering a uniform native messaging service for everyone. Supporting the standard translates to people being able to do things like form group chats, get read receipts, see when a person is typing, and share high-resolution images.

However, big name manufactures like Samsung and Apple are noticeably absent from the list of RCS backers. This means that any missives with rich content will probably be sent across as a standard SMS for those not on the platform. This complicates things to a certain extent since RCS won’t be a truly cross-platform solution.

You can download Android Messages via the Google Play Store.