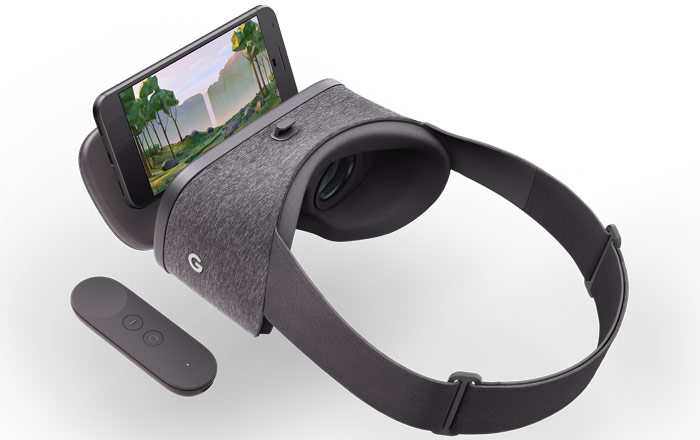 Google has finally released its Daydream View VR headset in India, vending the device via Flipkart priced at Rs 6499. It’s being sold bundled with its controller and a bunch of offers.

Interested shoppers can get a Rs 2500 discount on the Daydream View if it’s bought with the Pixel, Pixel XL, or Moto Z. Axis Bank Buzz credit card owners get an extra 5% off, while transactions conducted via PhonePe will grant buyers a Rs 300 wallet cashback.

To recall, the Daydream View first came to light back in October 2016. The headset only works with a limited number of Daydream-ready smartphones as of now, a list which includes the Pixel, Pixel XL, Asus ZenFone AR, Axon 7, Moto Z, and Huawei Mate 9 Pro. The Samsung Galaxy S8 and Galaxy S8 Plus are set to receive support for the VR platform soon.

The Daydream View isn’t Google’s first venture into the world of virtual reality headsets. The Google Cardboard takes up that particular honor. However, the former is a much more premium option thanks to its sturdy body, breathable fabric, and washable facepad.

There’s also the controller which has been embedded with smart sensors to precisely track motion and physical volume buttons to adjust sound. It lets users interact with the virtual world, letting them do things like wielding it as a wand.

Like we mentioned above, the Google Daydream View is available via Flipkart. The first 30 customers to buy the device will get a free Chromecast and the first 50 will get Rs 500 in Google Play Store credit.