As expected, Google has officially released the first developer preview of Android P, the latest version of its OS. This is strictly meant for developers as the software is still in its early stages, so don’t go installing it in your main device unless you want to deal with a boatload of bugs.

Google itself is calling it a baseline build, meant only to help developers prepare their apps for the full version. The company’s shared a ton of technical details about the OS in a blog post, and is planning to reveal more user-facing additions at its annual Google I/O conference in May this year.

Android P doesn’t look like it’s going to be an earth-shattering revamp of the current formula. It includes a number of refinements and useful security features, but the overall look is mostly the same. The biggest change in the design department is support for notches at the top of the display. 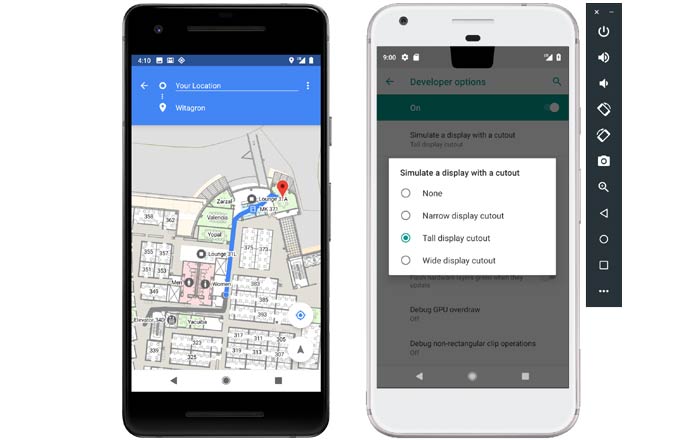 Google is officially calling it a ‘display cutout’ and implementing it to accommodate full-screen phones. It’s not a surprise, as a number of Android OEMs like Asus are embracing the notch. Android 9.0 is also set to include support for Wi-Fi Round-Trip-Time (RTT) so apps can make use of indoor positioning to navigate locations like malls.

Messaging in Android P has also gotten a facelift with the help of a new MessagingStyle notification UI. The change basically makes it possible to see more of a conversation within a notification window instead of just the initial message, attach photos and stickers, and suggest smart replies. The window has also gotten more rounded corners than before.

Apps will be able to access streams from 2 or more cameras to allow for features like bokeh effects and advanced zoom. This could be taken as an indication that the Pixel 3 will be sporting twin lenses on its back, but it’s too soon to say for sure. These photos will be further enhanced by support for HEIF image encoding to save space without compromising on quality. 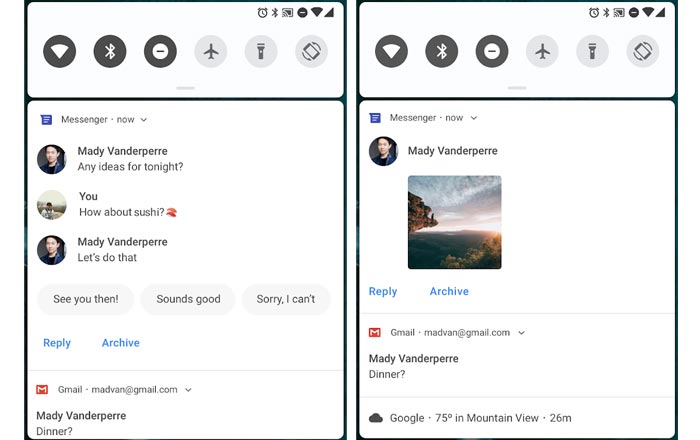 Even movies are set to look better as Android 9.0 will boast of in-built support for HDR VP9 Profile 2 to allow films to be shown in HDR quality via apps like YouTube and Play Movies. In terms of security, the software will ban apps from accessing the microphone, camera, and all SensorManager sensors when they’re idle.

This has been a big security concern for a while now, so it’s nice that Google is taking concrete action against malicious apps which take advantage of this loophole. Other major security enhancements include encryption for Android backups and a standard system dialog for fingerprint prompts.

Android P will be rolled out to the Pixel, Pixel XL, Pixel 2, and Pixel 2 XL when it’s ready for primetime in Q3 2018. The Nexus lineup will be out of business as Google’s promised 2 years of updates has come to an end. You can manually download the OS here. The beta version should arrive soon.