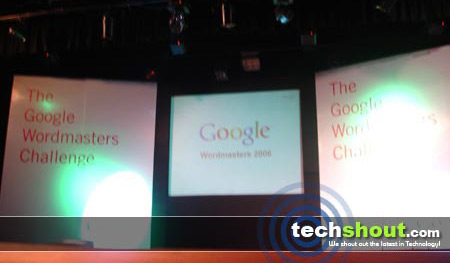 Google India had announced that it was looking for writers and keeping with its original and innovative nature, organized a creative writing contest called Google Wordmasters Challenge 2006. 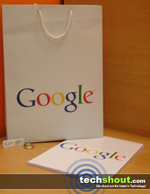 The Mumbai counterpart of Google Wordmasters Challenge 2006 took off exactly at 11.00 a.m at R.D National College in Bandra. After registration, each participant was handed a Google goody bag which contained a Google Notepad, pen and keychain.

There were all sorts of people at Google Wordmasters Challenge event, ranging from the young to the old and the serious to the frivolous. Mr. Amitabh from Google India took the contestants through a visual slideshow while explaining the whole concept of Google from its conception till date.

Mr. Amitabh began by explaining Google’s mission statement, which is, “Google’s mission is to organize the world’s information and make it universally accessible and useful.” He said that Google is continuing to look for those who are innovative and share an obsessive commitment to creating search perfection, while having a great time doing it. According to Mr. Amitabh, working at Google was all about having fun!

The contestants certainly did get an inside view of Google, as Amitabh explained the conception of Google way back in 1995 and how Larry and Sergey, the founders of Google collaborated to solve one of computing’s biggest challenges: retrieving relevant information from a massive set of data. 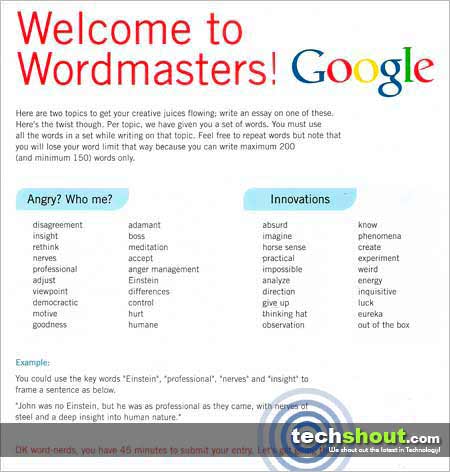 Soon after, the contestants finally got to know what Google Wordmasters Challenge was all about. They were handed a sheet of paper which said, “Here are two topics to get your creative juices flowing; write an essay of maximum 200 and minimum 150 words. But there’s a twist to it too. For each topic we have given you two sets of words and you must use all the words in a set while writing on that topic.” The participants were also handed a blank sheet of paper to write their essay. The contestants were to submit their entries in an hour’s time. Do try his out, as it is a great mental exercise.

All present at Google Wordmasters Challenge 2006, got down to writing at their creative best, and in no time, the allotted 60 minutes passed.

We’re sure that each contestant left with the hope that they would win this contest, as who wouldn’t want the chance to meet the Google team for a one day tour of the Google office. Besides this, the winners will also get a reward (we don’t know what, but we are positive it’s something cool!). The winner and two runner-ups will be announced on October 30 2006.