Google wants you to switch from Windows XP to Chromebooks, offers businesses $100 off

Microsoft has officially ended support for Windows XP, but it’s no hidden fact that over 25% of PCs are still running the aged OS including major businesses. And this has played to Google’s advantage. Upgrading current systems or purchasing new ones based on Windows is very costly, which is why Google is now promoting its Chromebooks for Business as a viable update solution to the 12-year old platform.

To secure more corporate customers, the company will offer a $100 discount on each device purchased under its Chromebooks for Business program. And for companies that rely on desktop applications, you can get $200 off with the VMware DaaS service or a 25% discount on Citrix’s XenApp Platinum Edition software. Additionally, Google also offers many office web apps such as Docs, Sheets and Slides that can be used offline as well. 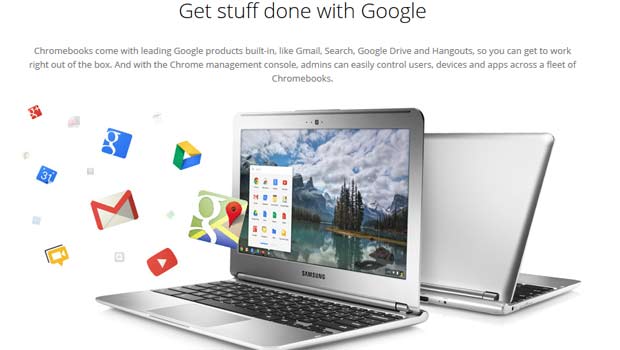 Google Chromebooks are pretty inexpensive solutions and have grown to be quite popular over the year. Even mini PCs based on the OS have surfaced with high-end hardware. The cheapest laptop costs just $199.99 (the Acer C720) with a Haswell-based Celeron processor and an HD display, while a desktop will set you back by $179 for the Asus Chromebox. Nevertheless, Windows laptops and tablets aren’t all that costly. We’ve got several inexpensive Microsoft-powered recommendations for you at this link.

If you’re stuck on deciding which OS to migrate to from XP and if newer versions of Windows are too costly, Ubuntu is what we’d recommend. Or you could check out other Linux distros over here. Also, hit up the Google Entriprise blog for more information on the Chromebook for Business program.