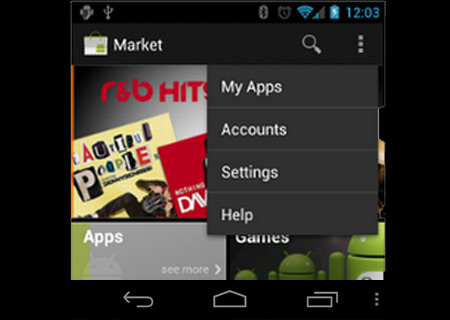 Through the Ice Cream Sandwich and Honeycomb interfaces, Google has already made it clear that the menu button which exists on prior versions of the Android OS has no future in its mobile platform. In order to promote a much more consistent user experience, the Mountain View-based internet giant has put in a notice stating that developers should revamp their current designs to support the ActionBar instead.

If developers run an application that’s optimized for the Gingerbread platform on a Honeycomb tablet or the ICS-powered Galaxy Nexus smartphone, an action overflow button is automatically added by the system to the navigation bar based on the API levels employed. Through the ActionBar, all options that are not required onscreen are placed into this menu, which can be revealed by simply tapping the 3-dotted icon.

A post made on the official Google Developer blog, states, “In order to provide the most intuitive and consistent user experience in your apps, you should migrate your designs away from using the menu button and toward using the action bar. This isn’t a new concept — the action bar pattern has been around on Android even before Honeycomb — but as Ice Cream Sandwich rolls out to more devices, it’s important that you begin to migrate your designs to the action bar in order to promote a consistent Android user experience.”

Integrating the ActionBar is said to be simple for most applications. To provide this replacement on devices, only a few lines of code changes seem to be required. What’s more, developers can even continue to support the menu button on older gadgets that are powered by prior versions of the Honeycomb OS.

A detailed guide for carrying out the menu button to ActionBar migration, is available on the company’s developer blog.