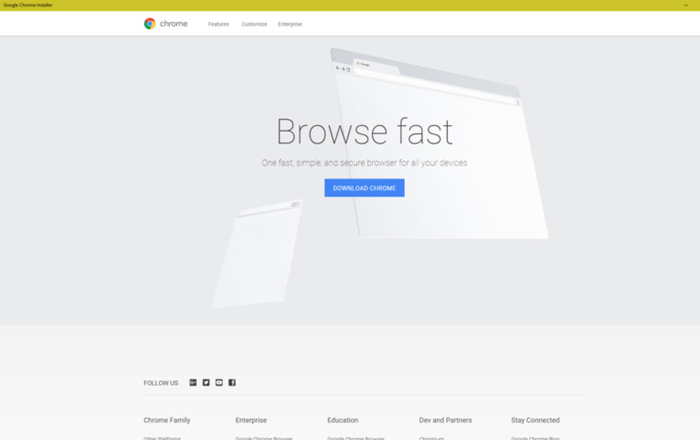 Google got into Microsoft’s crosshairs recently, with the two eternally warring rivals having a showdown in the Microsoft Store. The scheme started out innocently enough, with the former publishing a Chrome application for the platform.

However, Google’s Chrome app didn’t actually install an app. Instead, it redirected users to a download link to install the full-fledged browser. Microsoft wasn’t amused by this stunt, quickly pulling the application on the grounds that the application violated its Store policies.

Microsoft’s now asking Google to build a proper browser app which is compliant with its rules. The search giant probably won’t do that anytime soon though. That’s because the Redmond-based giant requires Store apps to utilize HTML and JavaScript engines provided by Windows 10.

Google already has its own Blink rendering engine, so it would have to create a special Chrome app just to get a place inside the Microsoft Store. The latter’s restriction is in place to allows for smooth uninstallations and centralized upgrading, both big plus points.

Still, most people can live without a Chrome app since they can just directly head to Edge and install it into their computer. This is not the case for Windows 10 S users though, since they can only download Microsoft Store apps.

The Verge says that Google created the app in order to deal with fake Chrome clones flooding the Microsoft Store and not for specifically annoying its competitor. In any case, it’ll have to come up with an alternative now that the latter’s removed its workaround.