Google is launching its translation services for the celebrated mobile, the iPhone. The two giants have come together as Apple released its iPhone SDK for developers across the world, to develop applications that users can utilize via the iPhone. 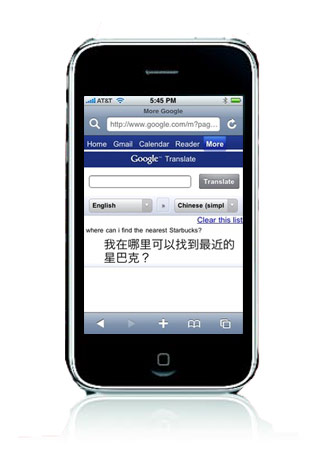 The iPhone version of the Google Translate is just as similar to that on the Internet that will support translation to multiple languages right from English to Chinese, Greek, etc. Also the users will have to operate the application the same way as they do on the web – select “translate from” and “translate to” languages, enter the text and click the translate button.

The Google Translate for iPhone is also reported to save previous entries. Users can refer to the translations made in the past the next time they open the application and re-translate phrases if they want. However, what the mobile phone version does not support is site translation, dictionary and tools.