Google Translate has a massive translation framework onboard, and it’s now up the developers to come up with richer ways to put the technology to good use. In a bid to do just that, they have introduced Tap to Translate which shows translations inside tiny bubbles like the ones in Facebook’s Messenger app.

It has been introduced in order to eliminate the time spent when you copy something from another language, open the Google Translate app and paste the text in it to find out the meaning. Here, all of that happens very seamlessly and you don’t even have to exit the app you’re in.

Tap to Translate is an Android-only trait at the moment, and once it’s activated you will just need to copy the text you want translated. A bubble will then pop up, tapping which will open a window with the translation of that content in it. You can tap the bubble again to close it and get on with whatever you were doing. 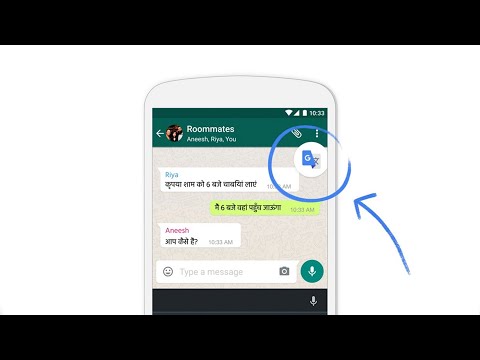 While this feature hasn’t made its way into the iOS version of Google Translate, offline support has indeed been granted to it. This means you can grab translation of words even without an Internet connection. For this to work, you need to download language packs beforehand of course. And while these used to be extremely heavy in size, they have been shrunk by about 90 percent now by Google. A total of 52 languages are available to download for offline use currently.

Additionally, the magical Word Lens feature has received support for the Chinese language. It’s able to read both to and from English, for Simplified and Traditional Chinese.

The new Google Translate updates are live now, and can be downloaded via the Play store or the App Store.