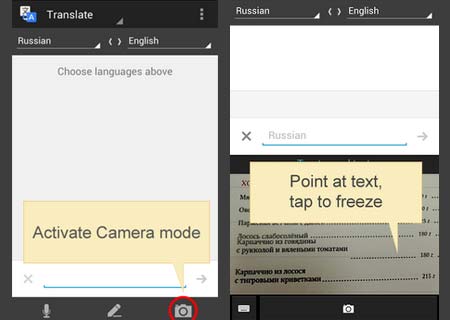 Said to be one of the most intelligent apps developed by the Mountain View giant, the new Google Translate for Android update takes language decoding a step further by converting text in various scripts from images. This new feature aims to make conversion a simpler task for mobile users.

To enable image translation, the company has adopted the optical character recognition (OCR) technology which is utilized in Google Goggles. The decoding is carried out by acquiring text through the camera affixed to Android devices, eliminating the need for users to type out the content. And the procedure for accessing this feature is fairly simple.

“By integrating Google Goggles’ optical character recognition (OCR) technology, we’ve made it possible for you to use the camera of your Android smartphone to input text without typing. This makes Google Translate for Android one of our most intelligent and machine learning-intensive apps. Speech recognition, handwriting recognition, OCR, and machine translation all rely on powerful statistical models built on billions of samples of data,” states Etienne Deguine – Associate Product Manager for Google Translate, through a post on the official Google Translate blog. 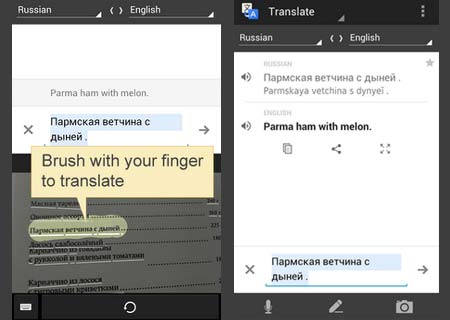 All users have to do is run the application, select the camera button from the UI, point the snapper at the desired text and tap the screen to freeze the image. Once this is done, brushing the required words with a finger decodes the script. Currently, the attribute is supported in a host of languages including Czech, Dutch, English, French, German, Italian, Polish, Portuguese, Russian, Spanish and Turkish, with more in the pipeline.

The updated Google Translate for Android application is available for download through the Play store, free of charge.