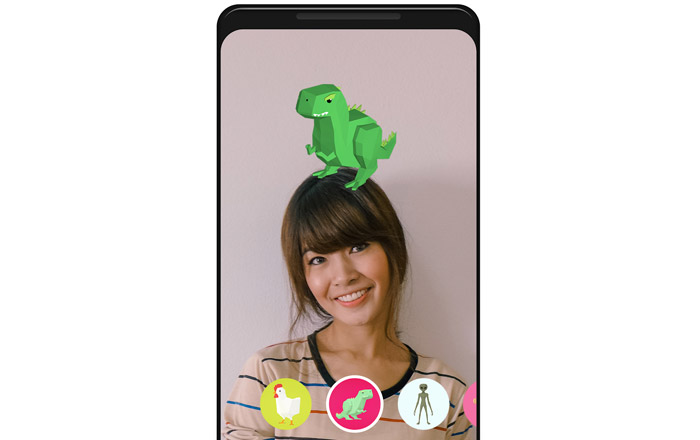 Google’s augmented reality stickers was released as a Pixel-exclusive feature last year, allowing owners to insert 3D characters from Stranger Things and Star Wars into their surroundings. It’s now decided to throw open the tool to a lot more Android phones through its Motion Stills app.

Motion Stills is a video-centric app which specializes in doing things like stabilizing shaky videos and adding motion text to them. It now has a dedicated AR mode which allows people to add virtual 3D objects to the real world. A person would just have to tap on the viewfinder to place these stickers to static or moving horizontal surfaces such as tables, hands, or floors.

They can then record and share their experiments as videos or GIFs. The tech behind this is similar to what Google’s doing with the Pixel phones, but it’s not exactly the same. For one, it doesn’t use ARCore to get things done. Instead, the company has come up with an alternative called instant motion tracking.

Instant motion tracking is a six degree of freedom tracking system which uses a smartphone’s accelerometer and gyroscope to judge the position of the plane a person is dropping the sticker on. Google’s even managed to make it dynamic so the 3D object grows larger or smaller as it’s moved closer or farther away.

Stickers are limited to objects like chickens, a dinosaur, and a gingerbread man right now. No branded Star Wars stickers have been included, so those might remain a Pixel-exclusive. You can download Motion Stills via the Play Store.