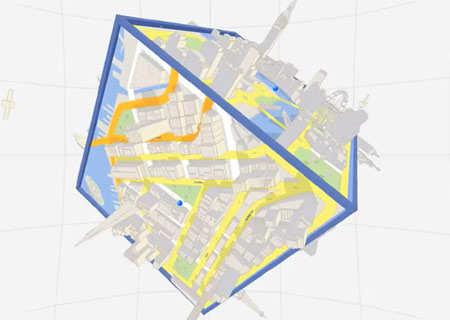 Trying to offer as much fun as Ovi Maps Racing from Nokia, Google+ is soon to be updated with a new game that’s based on Google Maps. Developed by the Google Maps team, this location-based title is scheduled to go live starting next month.

Going about with the ‘Play your world, like never before,’ punch line, the upcoming offering is said to be powered by the WebGL software library for the Google+ Games platform. Well, the company hasn’t provided any sort of details on the game, nor has it been given a proper title. However, the official Google YouTube channel did have a teaser video in store. And based on that, it appears to show a cube-like environment. By the looks of the interface, it does seem to take on an appearance that reminds us of a few titles such as Marble Madness, Rolling Madness 3D, Labyrinth and many others. 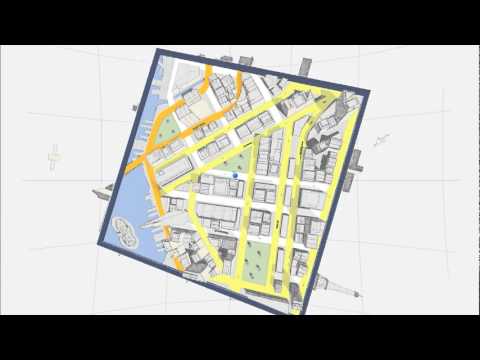 Based on a Google Maps-like layout, the main objective here seems to involve guiding a blue-colored ball through different paths and crossing over venues in various places all over the world. Through this game, Mashable states that Google could have plans to popularize Zagat, a restaurant rating service that was acquired by the search giant back in September, 2011 for $151 million. At present, the Google+ Games platform has a wide variety of entertainment including Angry Birds, Diamond Dash, Dragons of Atlantis, Crime City, Zombie Lane, Sudoku, Bubble Island and Collapse! Blast. City of Wonder, Monster World, Flood-it!, Edge World, Dragon Age Legends, Wild Ones and much more.

The Google Maps-based title for the Google+ Games platform will be available sometime next month.