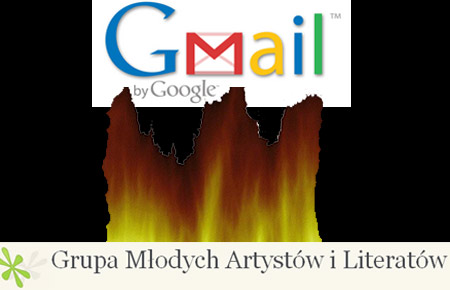 Google has taken legal action against a group of Polish poets, demanding that they give up their Internet domain name gmail.pl. According to Izabela Krawczyk of GMaiL, which stands for “Grupa Mlodych Artystow I Literatow” or “Group of Young Artists and Writers, Google had turned to the country’s (Poland) IT and telecommunications tribunal to try and stop them using the Web site address, www.gmail.pl.

Google has said that the group ‘GMAiL has absolutely no rights to the name, which resembles the Search Engine giant’s internationally known e-mail service, www.gmail.com.

Now that Google’s Gmail is enjoying a whole lot of success these days, this has encouraged the US firm to try and do away with variants of the name which uses national suffixes such as .pl in Polland.

Besides turning to arbitrators and courts to stop so-called cybersquatters from abusing their names on the Inter, companies sometimes pay big sums of money to buy back such domain names.

“We didn’t buy this name just to sell it to Google. As a matter of pride, we’re refusing to give it up. We bought the name legally, with our own money. Nobody gave it to us for free. We refuse to be deprived of what we consider is our property,” said Krawczyk of GMAiL.

Krawczyk also said that Google had not yet proposed a financial settlement, but she claimed that Google’s lawyer had told her that they the US firm had no intention of paying for something that already belonged to them.

In a similar case, Google faced problems after failing to be the first one to register local versions of its domain name in Britain and Germany.