Google Street View takes a trip to the Antarctic, brings back panoramic imagery 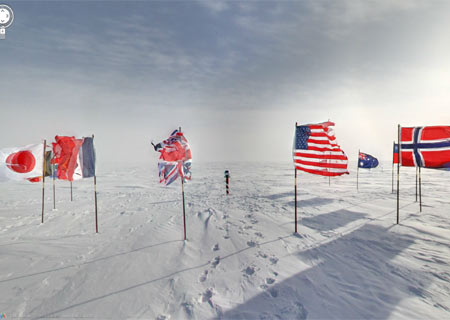 Google Street View has been to a lot of places around the world including the Amazon rainforest and the Swiss Alps and the latest ‘expedition’ is to the show-clad lands of the Antarctic. The panoramic imagery captured shows off some of the historic Antarctic locations and the Mountain View giant has even created a special collection of pictures on their World Wonders website.

To snap up the 360-degree pictures of various important locations, the company took the help of the Polar Geospatial Center at the University of Minnesota and the New Zealand Antarctic Heritage Trust. The list of places accessible includes the South Pole Telescope, Scott’s hut, Cape Royds Adélie Penguin Rookery, Shackleton’s hut and the Ceremonial South Pole.

“Back in September 2010, we launched the first Street View imagery of the Antarctic, enabling people from more habitable lands to see penguins in Antarctica for the first time. Today we’re bringing you additional panoramic imagery of historic Antarctic locations that you can view from the comfort of your homes. We’ll be posting this special collection to our World Wonders site, where you can learn more about the history of South Pole exploration,” commented Alex Starns, Technical Program Manager, Street Vie, through a post on the official Google blog. 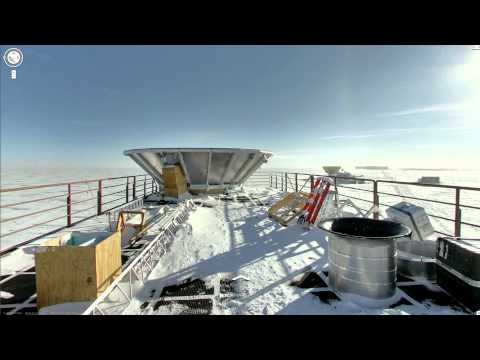 Though the imagery captured may merely serve as amusement for some, Google thinks that it could be beneficial to schoolchildren, geologists and various others around the globe. In fact, their main goal here is to provide scientists and travel enthusiasts with accurate and high-resolution data of the Antarctic. The data collected was obtained through a lightweight tripod camera equipped with a fisheye lens which is highly portable and reliable to use, according to Google.

As we’ve already mentioned, a collection of the capture Antarctic Street View imagery is accessible through the Google World Wonders website.