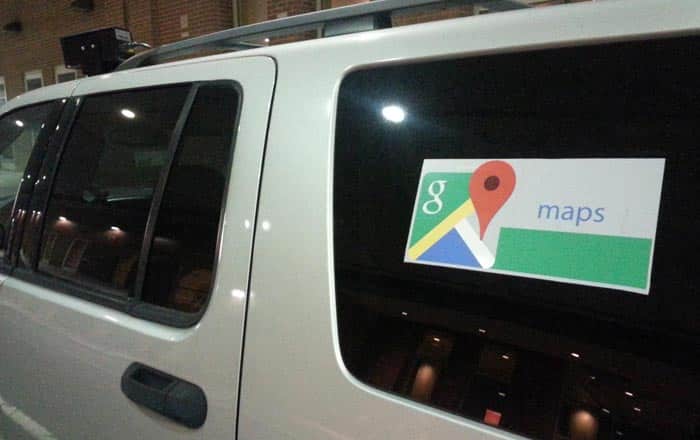 The next time you catch a Google Street View vehicle crossing your path, you should double check to see whether it’s actually a government spy car. Philadelphia resident Matt Blaze recently came across such a subterfuge and took to Twitter to post pictures of the SUV.

The mysterious SUV in question can be clearly seen sporting the Google Maps logo and two high-powered license plate reader cameras. These devices are capable of capturing thousands of license plate snaps a minute, effectively keeping track of an individual’s GPS coordinates and travel time/date.

To be clear, automated license plate recognition (ALPR) is legal but controversial. It’s utilized for various things like recovering stolen cars, AMBER alerts and drug investigations. Why the government would feel the need to disguise an SUV as a Google Street View car is the main question here, dredging up concerns as to whether it was trying to conduct some kind of shady operation.

A Google spokesperson later confirmed that the vehicle is not a Google Maps car and the company was currently investigating the unauthorized usage if its logo. Meanwhile, the Philadelphia Police Department has owned up to being the fishy vehicle’s proprietor without revealing what is was being used for.

According to the police department’s statement, the logo seen on the vehicle was not approved by any chain of command and ordered to be taken off after photos of the car came to light. The agency is now launching its own investigation into the suspicious scheme.

The fact that the Philadelphia police’s ALPR cars were out and about pretending to be Google Maps vehicles constitutes a major breach of privacy for citizens, tricking them into thinking they were not under government surveillance.