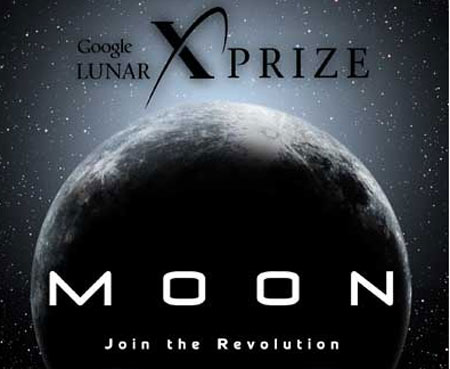 Google is certainly in touch with its spaced-out side. First, the co-founders pay NASA a huge amount for parking space of their larger-than-life planes. Now, a robotic race to the moon is on, thanks to Google. Software giant Google has announced that they plan to award $30 million to the first private team who successfully manages to put a robot on Mars.

Google has been encouraging private companies from all over the world to compete against one and other to land to privately-funded robotic rover on the earth’s natural satellite.

But landing the rover on the moon is not the sole objective of this Google-sponsored competition. The robotic rover must also be capable of completing a number of mission objectives. These objectives include roaming the lunar surface for a minimum of 500m and sending video, data and images back to Earth.

This announcement was made by Google together with the X Prize Foundation at the Wired NextFest in Los Angeles.

Chairman and chief executive officer of the X foundation Dr. Peter Diamandis commented on this competition saying, “The Google Lunar X Prize calls on entrepreneurs, engineers and visionaries from around the world to return us to the lunar surface and explore this environment for the benefits of all humanity.”

“We are confident that teams from around the world will help develop new robotic and virtual presence technology, which will dramatically reduce the cost of space exploration,” he added.

For those who are unaware, the X Prize Foundation was created in 1995 and is an educational non-profit institute that strives to create radical technological breakthroughs by offering prizes for privately funded projects.

You can learn more about this lunar project by visiting Google LunarXPrize.org.