Google seems to be having a busy week; apart from Play for Education, the company has also rolled out updated Google Search of Android. What’s more, changes to Google+ Cover Photo and the Google+ for Android app are out too.

That gigantic and sometimes blurry mess of a cover photo which would greet those visiting a Google+ page has thankfully been taken down. In its stead is a smaller version of the entire picture using up much lesser screen space in terms of height and width.

Previously, just a portion of your entire cover picture would show up and a visitor would normally have to scroll to see it from top to bottom. Now the whole image will appear on screen. Sitting to the left will be a blurry grab of the photo along with the name of the account owner superimposed.

Most of the tweaks mainly have to do with Google+ Photos. There’s support for sharing pictures over NFC with Android Beam and for those who like delving into the details such as the device through which an image was shot or the date when it was taken, these are available through the drop-down menu. 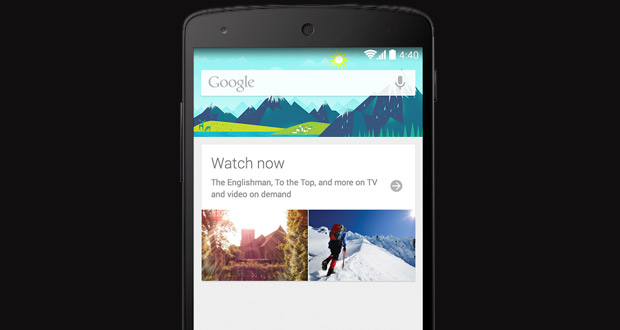 If you like treating your smartphone or tablet like a photo frame when it’s docked or being juiced up, then there’s support for photos through the Daydream screensaver mode. Lastly, every time you open a map, the locations of friends who’ve chosen to share their whereabouts will refresh automatically.

Search for Android just took the Siri route and can deal with the ‘OK Google’ call to attention. It’s now more tuned into natural conversation-style commands and even asks for clarifications when needed. Google Now’s added features include cards for What to watch, News topic and Website update.

Facebook
Twitter
Pinterest
Linkedin
ReddIt
Tumblr
Flip
Previous articleTwitter custom timeline can be your scrapbook of interesting tweets
Next articleSony PS4 is here to take the market by storm, in time for the holiday season