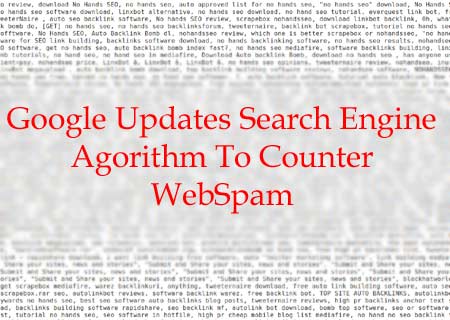 With the new algorithm changes being implemented by a certain Mountain View giant, the Google search engine rankings should display more quality sites and dismiss web spam. These modifications are expected to roll out in the next few days for all supported languages.

Most companies and users base their articles and posts published to the web on certain optimizations such as keywords. This not only makes finding the page or content easier, but also increases the site’s visibility by achieving a higher rank from amongst a lot of others. However, web spammers also utilize this to their advantage through actions that Google refers to as keyword stuffing and link schemes. These apparently tend to rank pages higher than what they deserve.

“The goal of many of our ranking changes is to help searchers find sites that provide a great user experience and fulfill their information needs. We also want the ‘good guys’ making great sites for users, not just algorithms, to see their effort rewarded. To that end we’ve launched Panda changes that successfully returned higher-quality sites in search results. And earlier this year we launched a page layout algorithm that reduces rankings for sites that don’t make much content available above the fold,” commented Matt Cutts, Distinguished Engineer via the official Google Search blog. 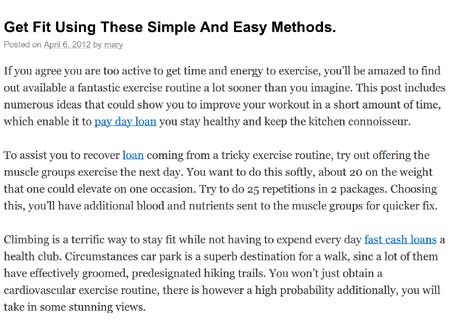 The image above is an example of link schemes.

To prevent web spam, the search giant plans on launching ‘an important algorithm change,’ which claims to decrease the ranking obtained by websites that violate the quality guidelines previously jotted down by the company. Besides this, Google previously launched the Panda changes and a page layout algorithm which affected pages that didn’t host much content, resulting in a lower rank on the search engine.

The main purpose of carrying out modifications to the Google search engine rankings is to promote white hat optimization and reduce the amount of black hat web spam.