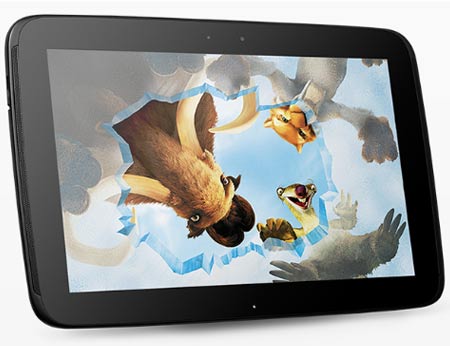 The price and release date details of the Google Samsung Nexus 10 have revealed that prospective users will not have to wait for long before they could lay their hands over this Jelly bean device. Moreover, the guys over at Mountain View have also refreshed its 7-inch version. It looks like the company is all set to take on the recently unveiled iPad mini and the fourth generation iPad with its new tablets.

Based on the Android Jelly Bean v4.2, the slab is encased in a soft-to-touch frame that measures 8.9mm in thickness and weighs not more than 603 grams. Its front panel is dominated by a 10-inch WQXGA multi-touch display which can deliver clear visuals in 2560 x 1600p resolution with a pixel density of 300ppi. A 1.9MP front-facing webcam has also been fitted into the slate for facilitating video conferencing on the move.

Furthermore, a 5MP primary camera has been thrown into the mix in order to allow users to capture memories in the form of still shots and videos. A 1.7GHz dual core A15 processor calls the shots and there is 2GB of RAM to go with it. Available with 16GB or 32GB internal memory, the Nexus 10 features Bluetooth v3.0, dual side NFC, GPS and Wi-Fi MIMO. A microUSB port, a microHDMI connector, a Pogo pin and 3.5mm audio jack have been embedded on the device and it draws power from a 9000mAh lithium-ion battery.

The 16GB and 32GB models of the Google Nexus 10 cost $399 and $499, respectively. They will be up for purchase through Google Play in countries like the US, the UK, France, Canada, Japan, Germany and Spain from November 13. The 32GB tablet will be made available at Walmart in the US too. 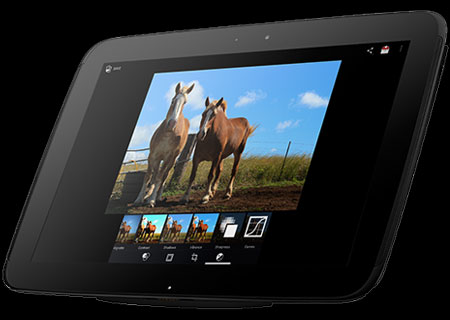