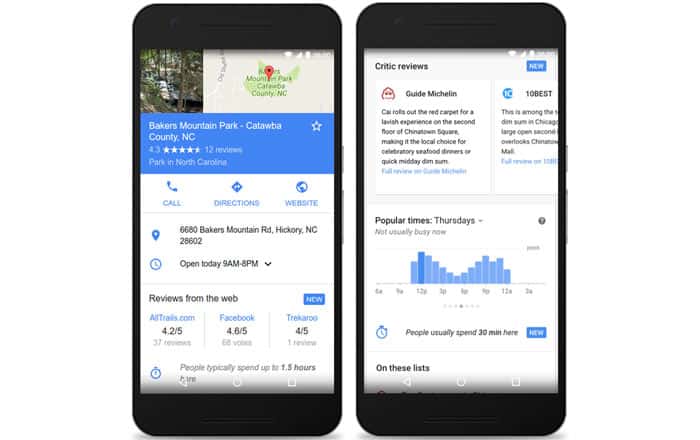 Google recently rolled out a critic reviews feature which allowed critiques from a few reputed websites to show up in search results. User-generated appraisals had no place in this system, with reviews from platforms like TripAdvisor and Yelp getting shunted for this very reason.

This status quo lead to some heavy criticism against Google. It looks like the search giant has finally paid heed to the negative feedback by introducing a new ‘Reviews from the Web’ feature. The tool aggregates consumer reviews from up to three websites and adds them to its Knowledge Panels for local places.

These critiques include areas of interest like shops, parks and restaurants. As for the sites themselves, they could be anything from a user ratings aggregator to a best-of places list generator. However, the portals would have to meet Google’s review snippet markup and other criteria to be eligible for inclusion.

This essentially means that a person’s review on a platform such as Zomato might show up in Google Search results. As can be seen in the image above, seeking more information about a park will throw up assessments from websites like AllTrails, Facebook and Trekaroo.

Even Google’s own reviews could find a place among the three featured. As for critics, they have their own critic review feature in local Knowledge Panels. Such content will be distinguished from user-produced ones by virtue of having an editorial tone of voice and an opinionated position on a local business.

Furthermore, they’ll also be presented as a Rich Card. The Reviews from the Web tool is being rolled out right now all over the world and will available for both mobile and desktop.