Google’s acquisition of Quickoffice in 2012 was based on a certain aim that has finally been fulfilled, which is why the company is set to abandon the app in a few weeks. This utility which forms part of the stock Android experience will be removed by Google from its suite as well as from the Play store and the App Store.

The ability of the software to convert documents into different office file formats is what had appealed to the company when it purchased it two years ago. Slowly and steadily after that, it went about its business of integrating Quickoffice services in to its own applications. 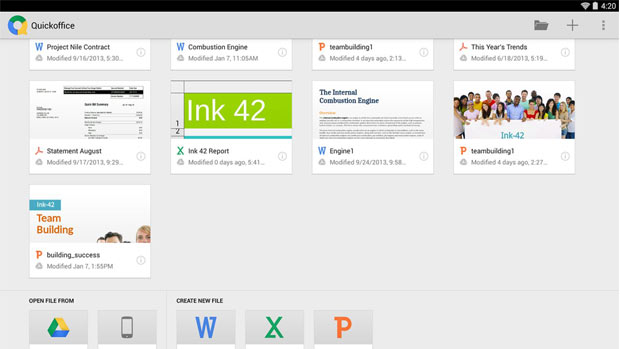 It is now part of Google Apps in the latest version of Chrome, and all its tasks can also be performed by Google’s Docs, Sheets and Slides apps. This has led to Quickoffice becoming obsolete, and it is hence that Mountain View has decided to abandon it.

Google has made it clear that those who already have the app installed on their devices will get to keep it, but others won’t be able to download it. Moreover, the app won’t get updated with new traits in the future. This also means that the upcoming stock Android releases will not be seen featuring this utility.

With the integration of Quickoffice, the services Google is offering are much cheaper and accessible as compared to Microsoft’s Office suite. The company has announced that many businesses, schools and establishments now prefer to choose its services over Microsoft’s.