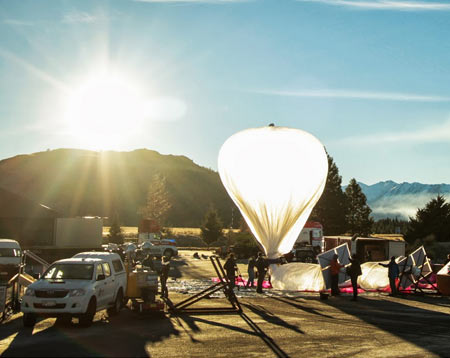 As loony as it may sound, Google Project Loon is actually an idea which depends on balloons to offer Internet access in areas that don’t have it owing to terrestrial or other challenging issues. Goodness, and it’s actually not April 1 today. The truth is that the venture’s at a very early stage right now and far (astronomically far) more ambitious than its Fiber services.

Project Loon sounds simpler than it actually is even if Google notes that others have considered similar high-altitude experiments to reach the same goal of connecting lives through the Internet. According to a post on the company’s blog, stuffing balloons with the required equipment and setting them off on their path is only the first step. But controlling their course through the sky was one among several big problems.

The developers atop Mountain View say they’ve now managed to find what looks like a viable solution to this, powered by wind and solar energy. They have apparently developed a system which allows the balloons to be moved up or down in order to catch the ‘right wind’ and fly in the required direction. In fact, the tech giant reports that it has already kicked off the program with 50 testers in Canterbury, New Zealand, attempting to connect with the floating innovation. 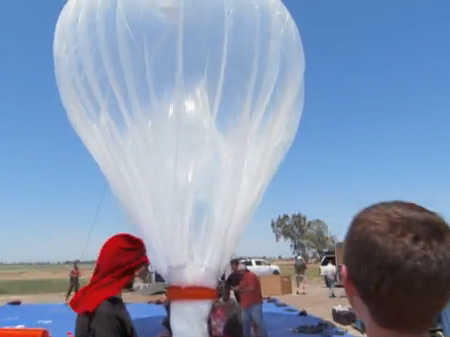 30 balloons have been let loose as part of the experiment. It is the first time the company has done it on such a scale in terms of testers as well as launches. The next move will be to start similar pilots in nations sharing the same latitude as New Zealand. The ultimate goal is to free an entire ring of balloons on the stratospheric winds and help them navigate to areas across the world which don’t have Internet access.

Google also envisages their use in places that have been struck by a disaster and need a workable communications facility. With this technology, it may be possible to beam down network connectivity at 3G or faster speeds. Eventually, Project Loon will provide an alternate means of commuting by letting people hop onto a hot air balloon and hitch a ride to work. No, we just made that last one up.