The Email app which forms part of stock Android versions has landed on the Play store, allowing Google to easily issue updates to it without having to wait for major Android releases to do so. The updated app can be downloaded by all Nexus and Google Play Edition devices.

However, for some reason, Play Editions of last year’s HTC One M7 and Samsung Galaxy S4 are unable to receive it right now. Once Google fixes the problems for both these devices, we can expect the app to be made available for all Android devices as well, just like the path that was followed by other Google products like Calendar and Camera. 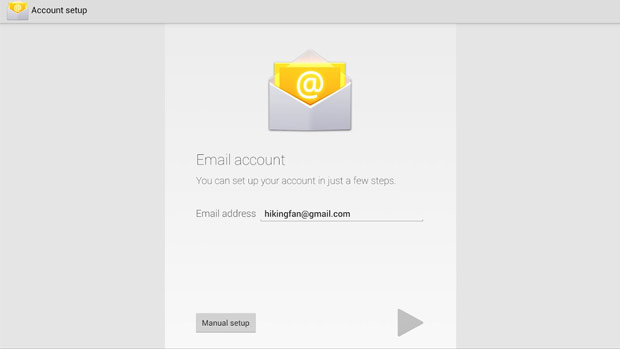 The stock Email app allows you to tie up multiple email accounts together to have all your mails accessible through one common hub. So, even if your have accounts on Hotmail, Yahoo Mail, Outlook or any other service apart from Gmail, you can enter your id and password to start syncing your emails with the Google-made application.

It moreover, also provides support to IMAP, POP3 and Exchange accounts and possesses the ability to automatically download attachments via Wi-Fi. The newest version of Email which has hit the Google Play store has been granted increased security for Gmail accounts as well.

The developers have made sure that the process of setting up accounts is made easier than before. Support for printing makes its way into the update as well, apart from fixes for bugs.

The Email app is live now on the Google Play store, but like we said, it’s accessible only to Nexus and Play Edition devices.