Google Play takes Android Market and others under its umbrella 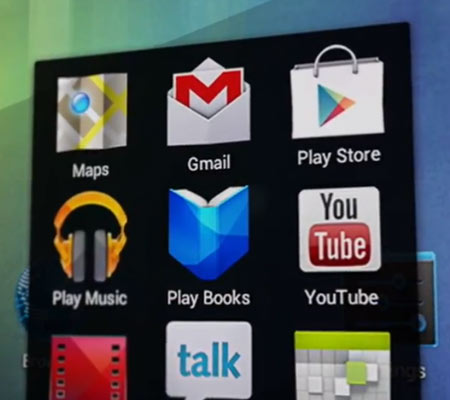 The crew at Mountain View has introduced a cloud-based solution dubbed Google Play, wherein the Android Market, Google Music and Google eBookstore will be a part of that setup. Not only will this service be rolled out to users with Android handsets or tablets, but also to anyone with access to the web.

So people can purchase as well as store all their favorite music, movies, books and apps on one platform, with the content becoming automatically available across their Android devices and PCs. Besides this, elimination of cord hassles is another plus point with the new service. As the official Google blog reveals, individuals can hoard up to 20,000 songs for free and even purchase the latest tracks available on the music scene. They can download apps and games just as it was done on the Android Market and also select eBooks or rent movies via this latest development. Devices running on Android 2.2 or higher will see the Android Market being replaced by the Google Play Store app. 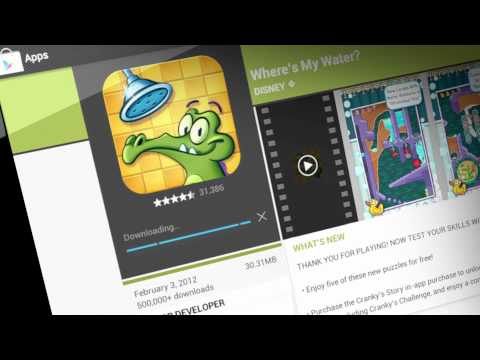 Similarly, videos, books and music apps now take the title of Google Play Movies, Google Play Books and Google Play Music apps, respectively. To commemorate this latest initiation, the company is offering deals on apps, games and more, under its ‘7 Days to Play’ sale. Folks situated in the U.S. can purchase the movie ‘Puncture,’ the novel ‘Extremely Loud and Incredibly Close’ and the game ‘Where’s My Water?’ for 25 cents each. Other deals read out to be select album collections and movies at $3.99 and from 99 cents onwards, respectively. 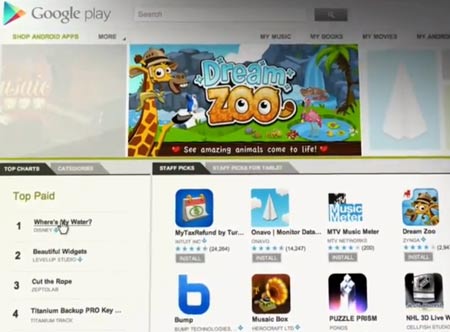 According to the Android Developers blog, Google Play sports almost the same UI as the Android Market, so users can continue to dabble in familiar territory set up against this well acquainted infrastructure.