Desperate times call for desperate measures they say, and seeing BlackBerry’s current state of affairs, this statement couldn’t have sounded more relevant. Adding to that is a new possible development which is indicating that the Canadian brand could finally succumb to pressure and add Google Play support for its new devices.

A user on the CrackBerry forum has released images showcasing a build of the Google Play store running natively on the BlackBerry Z10. An upcoming update dubbed 10.2.1 is hence being thought of as the bearer of this new and potentially game-changing feature. If true, users of BlackBerry device will be able to install Android apps without having to go through the lengthy side-loading process. 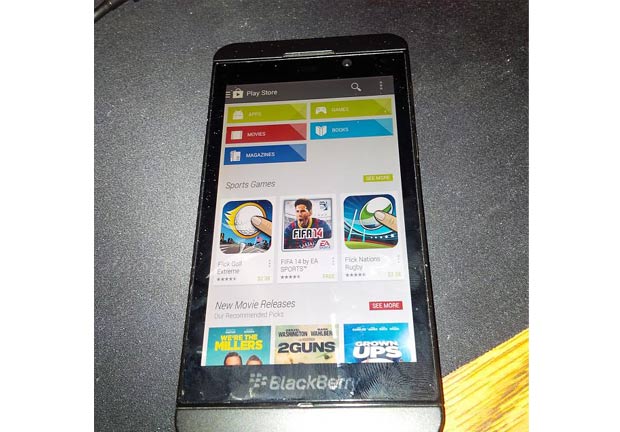 Nothing official on this matter has been obtained as yet, and there have even been sleuths doubting the credibility of these photographs. Hence, we’d advise that you cool your heels before anything official arrives. One thing that’s really interesting is the image which shows the Play Store in multi-tasking mode, running alongside the BlackBerry Hub. It can be spotted in the space below.

The Canadian company has found itself in quite a soup ever since its big BB 10 release failed to capture much attention. This resulted in major reshuffling of its plans, and bold moves were taken in the process. After facing a loss of about $1 billion, 4,500 employees were shown the door by BlackBerry in an attempt to steady up after the beating. 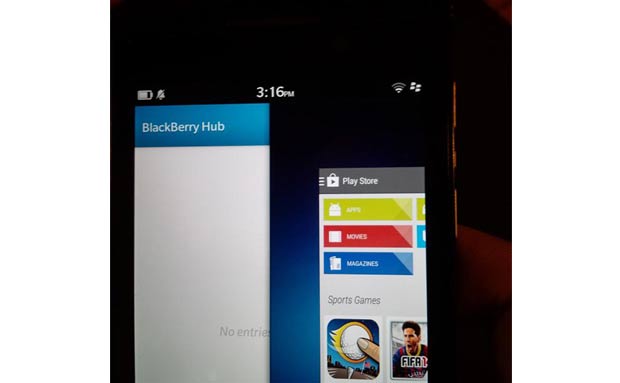 It is hence believed that introducing Google Play support for BlackBerry devices will be yet another step towards becoming more relevant in the massive smartphone market. Let’s now see how this rumors shapes up.