Before you get your hopes high, let us make it clear that this Google Play Music update does not introduce any Material Design changes to the app’s looks. It does however, make improvements to its interface and adds a few more features that make it better than the previous version.

Google Play Music v5.6 which is being rolled out in a gradual manner grabs a toggle switch in its navigation slide-out menu for selecting on-device and all music. And then there are minor alterations in the account selection menu as well. More importantly, there’s a fresh change in device sharing feature on the app. 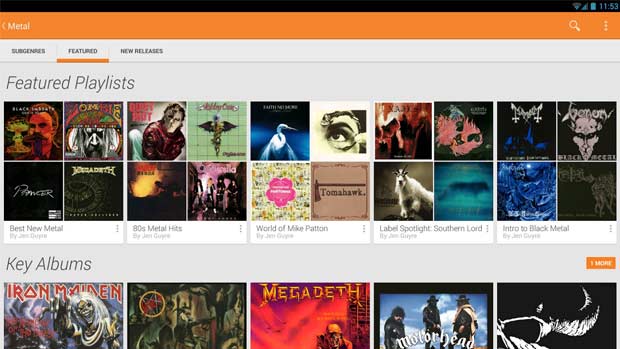 The number of gadgets that can be accommodated is still locked at ten, however, a new restriction is that only 5 of them can be smartphones. The remaining ones will hence have to be tablets, computers and other gadgets. Android TV is not out as yet, but support for it has already been doled out though this update, keeping developers in mind.

Started in 2011, Google Play Music is a comprehensive service for listening to your favorite tracks using subscription-based streaming. It also acts as a locker for your music as it can store up to 20,000 songs online for free. However, all its premium services are available in a select list of around 30 nations, while the other countries are just left with having to use it as an app for playing on-device media.

Like we said, the Google Play Music update is live now but is rolling out slowly. If you wish to jump the gun, head over to Android Police and grab an APK of it.