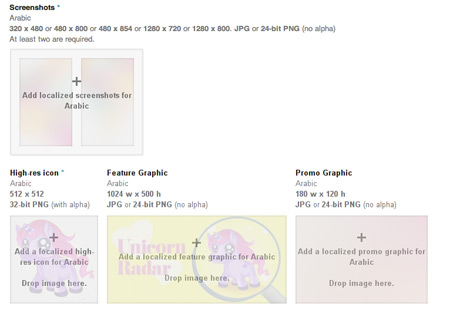 The Google Play store has just opened up a little more with the addition of localized screenshots and videos. What this means is that those selling apps in the storefront can cater to a wider audience, making it clearer to foreign users what their app delivers. It has apparently been rolled out to complement the existing capability of adding localized text.

This is more a feature for developers than regular Android users and those who frequent the store looking for an application that fits them. But it’s effects are far-reaching and it should suit both parties. A post on the Google’s official Android Developers blog explains this with a short instruction in usefulness.

The way the Internet search giant sees it, the Play store has made huge leaps in terms of opening up to markets that can sells apps. Counting from the start of 2011, the total number of countries in which paid apps can be listed has jumped from 30 to 130. That is roughly a 333 percent increase.

What the localized screenshots feature is supposed to do is make it apparent to users that the app will run in the language of their choice. Images can be added in a variety of different sizes, so that it suits users, whether they have a phone or a tablet. It also portrays the message quite clearly that the app will run on handsets as well as slabs. 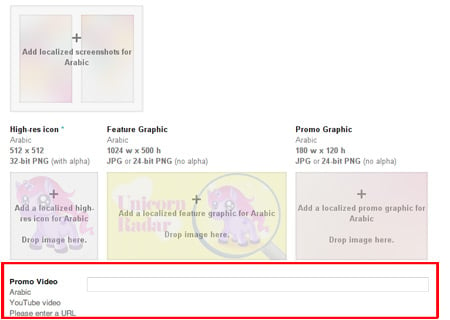 The option to add localized videos lets developers have a slightly larger skill set at their disposal. For example, they can now add a voiceover and appropriate text in a specific language. This makes it easier for the end user to understand exactly what a specific app is capable of doing. Its functionality can be better understood this way.

There is a small catch though. Once the localized graphics have been added developers will no more be able to edit the app using the old version. But on the up side, the new Developer Console includes the ability to use APK expansion files. In fact once the app is saved in the new Developer Console, automated translations are brought to users’ fingertips.

The point driven home is this: the Google Play store now allows localized screenshots and videos to be added, making it easier to gauge the usefulness of applications.