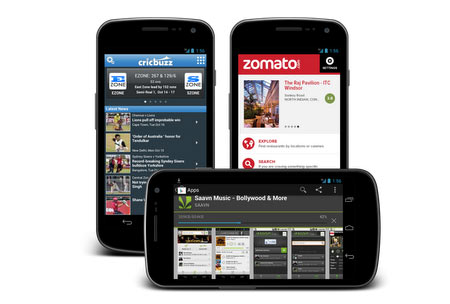 A post on the Android developers blog has come as a pleasant surprise for all programmers in India, as it has announced that Google Play seller support will at last, be hitting the country. What this means is that developers will now be able to monetize their applications on the Google marketplace and expect monthly payouts sent to their local bank accounts.

The feature is live now, and any developer from the nation can start making money through their paid applications, in-app products and subscriptions. A number of tools are being offered by the Internet giant to these folks so they’ll be able to monetize their products in the best way possible.

Throughout the past year alone, Android device activations in India have apparently grown by a whopping 400 percent. The millions of users present in the country have contributed to huge increases in app downloads. In fact, within the previous six months, Android users in the nation have acquired more apps than in the earlier three years combined.

It is this sudden boom that has led India to flaunt itself as the fourth-largest market worldwide for app downloads, a temptation Mountain View can hardly resist. And this has convinced the company to launch paid Google apps for the folks here.

All Android developers based in India can now start making the most of the Google Play seller support to earn money from their apps. If they’re new to the platform, they can sign up for a Google Checkout merchant account, and if they already have applications present on the service, they can monetize them by adding in-app products or subscriptions.