Google recently announced Play for Education, an extension of the app market built especially for K-12 schools. It’s the classroom of the near future as Mountain View sees it. And if you’re a school administrator with the resources to equip students with a tablet for learning, you’re almost there.

It’s great for kids since they won’t have to lug around books any more. And three cheers for trees. But don’t forget that you’d need to keep a room full of tablets powered too. Oh and one more thing, Play for Education uses ‘primarily Nexus 7 devices,’ though developers without the Google device can try their applications on other 7- or 10-inch ones too. 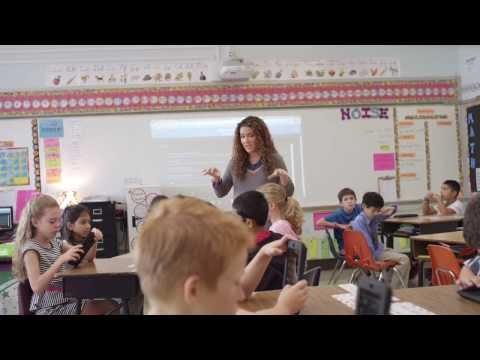 The special student-centered marketplace will feature offerings such as Explain Everything, Class Dojo, Nearpod and Socrative. It might seem like very tempting bait for developers since it lets teachers make bulk purchases of applications which can then be distributed among pupils.

When a developers marks his app as suitable for Google Play for Education, it automatically joins the line of tools awaiting educator approval. Passing the last mentioned test means the software which is already available in the aforementioned section will then be offered to teachers (in bulk, we’re assuming).

Google Play for Education is eventually set to run on devices using Android 4.2 or higher versions of the OS.