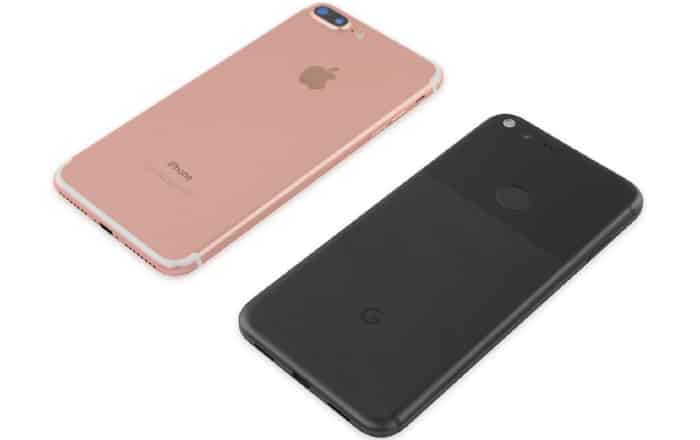 Google has announced that the Pixel and Pixel XL are coming to India on October 25, making the news official via its Twitter handle. The latter has also gone through repair blog iFixit’s teardown process for some interesting results.

To recall, the Pixel and Pixel XL made their debut on October 4 and went up for pre-orders in India on October 13. The two are set to be vended via e-commerce site Flipkart bundled with an SBI card offer dishing out a 10% discount. They’ll also be sold via offline retailers like Vijay Sales, Reliance Digital, Croma, Hotspot, Sangeetha, Bajaj Electronics, Poorvika, and Ezone.

If you’re interested in knowing what exactly the Pixel XL is made up of ahead of buying the phone, iFixit’s got you covered. The site has given the smartphone a repairability score of 6 out of 10. Surprisingly, the iPhone 7 Plus, the new device’s direct rival, scored a higher 7 out of 10 when it went through the teardown.

The Google offering took hits in two specific areas which brought its score down. One lay in its opening procedure which requires people to pry up a thin display assembly which is poorly supported. The setup makes it difficult to unwrap the phone without causing damage. The second concerns the tight notches which secure its midframe.

The fit makes midframe removal and repairs painstaking. Ripping apart the Pixel also lead to the discovery that the handset’s panel had been manufactured by Samsung. While the phone was put together by HTC, the brand’s name is nowhere to be found outside. This mostly stays true inside as well, expect for its moniker on the battery unit.

Specifications of the Google Pixel XL:

iFixit also observed that most of the Google Pixel XL’s components are modular and can be easily replaced once the display hurdle is overcome. You can buy the handset starting at Rs 67000 or opt for the smaller Pixel variant priced at Rs 57000.