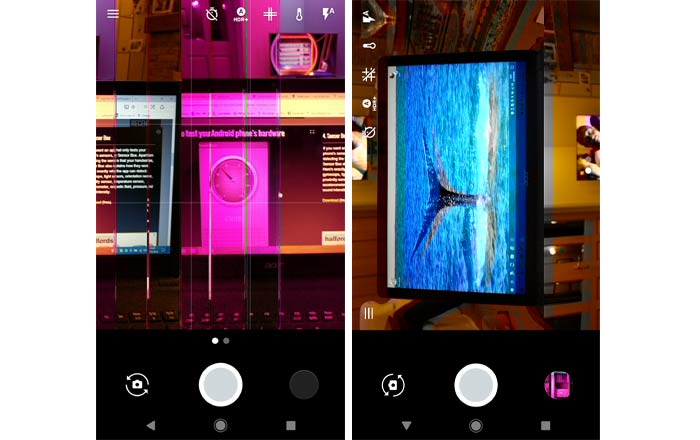 Google’s Pixel phones are facing yet another camera-related issue, this time round adding unwelcome pink and purple lines to images. Several users are currently going through the odd problem with no definitive solution in sight to fix it.

A Pixel XL owner named Mike Fox kicked off discussions on October 27 when he posted two images highlighting the matter on Google’s product forums. He claims his phone’s shooter freezes with pink/purple vertical lines on a regular basis, in addition to large blocks which move randomly around the screen.

He also says his Pixel XL froze when he took screenshots and the issue continued to persist even after trying to boot into Safe Mode. Fox then proceeded to get in touch with Google who told him to force stop the camera, clear the cache and data, delete and reinstall the app, and finally backup and restore.

This didn’t work, prompting Google to send him a replacement unit. This didn’t work either since the problem persisted even in the fresh model. His original post has been met with a flurry of responses by aggrieved owners in the same spot of trouble. Overall, the bug seems to occur even when utilizing third-party camera apps and appears to affect international Pixel consumers for the most part.

While there’s no definitive reason pinned down for the issue, many assert that it flares up in areas with weak connectivity and dies down in places with strong networks. Some even say that switching on aeroplane mode solves the glitch.

Google has acknowledged the problem and says it’s actively working towards a solution. The Pixel phones had previously gone through a strange extreme lens flare issue which got resolved in an update, so the brand may do the same if the fault lies in the software department.