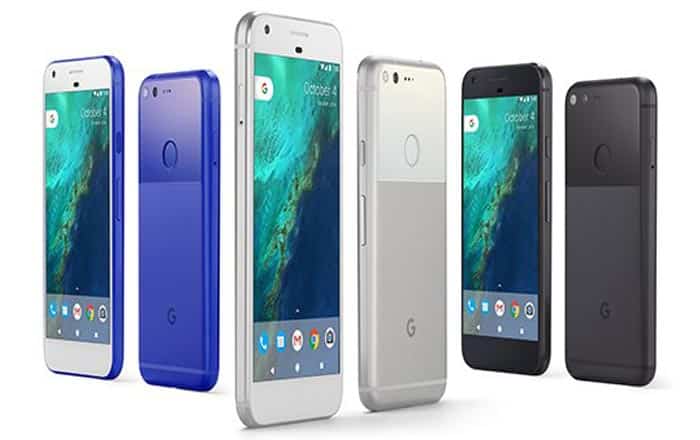 Google’s flagship Pixel and Pixel XL have officially gotten released in the US a few weeks after the two first hit the scene. The handsets are currently available via the company’s store, Verizon, and Best Buy.

Interestingly, the Pixel and Pixel XL are set to receive a software update right out of the box. Buyers will likely be prompted to upgrade their phone the moment they power on their device. They’ll still be on Android 7.1 Nougat though, since the firmware only bumps up the build number from NAE63P to NDE63P.

Verizon states that this promotion improves Wi-Fi connectivity which probably makes it a pretty minor update as far as software goes. The carrier is selling the Pixel in blue, black and silver color options. The 32GB model is priced at $649 sans contract or $27.08/month for 2 years. The 128GB iteration goes for $749 or $31.24/month.

Even Best Buy is dishing out some deals to entice customers into purchasing the Google devices. It’s bundling a $100 gift card and Chromecast with every purchase. As of now, only the black and silver options of the phones are up for sale tied with a Verizon contract.

Common specifications of the Google Pixel and Pixel XL:

Once again, you can buy the Pixel and Pixel XL via Google, Best Buy, or Verizon.