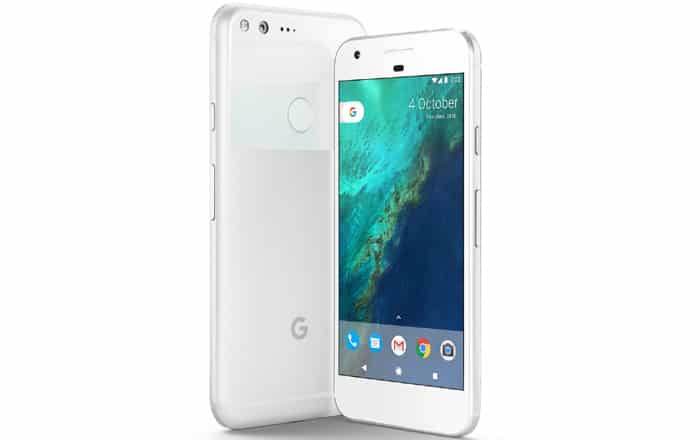 Google has officially opened up pre-orders for its flagship Pixel and Pixel XL in India a few weeks after debuting the two. As announced at the time, only the silver and black color variants are coming to the nation, with the blue one giving the country a miss.

Google itself isn’t selling the Pixel and Pixel XL from its own page in India. Eager buyers can instead choose from an array of offline outlets namely Reliance Digital, Croma, Hotspot, Bajaj Electronics, Poorvika, Ezone, Vijay Sales, and Sangeetha to pre-order the smartphones from.

For those who’d prefer getting the Google phones online, Flipkart has most of the lineup up for booking. The only one which appears to be missing as of now is the 32GB Quite Black Pixel XL. Prices start at Rs 57000 for the 32GB Pixel and go up to Rs 76000 for the 128GB Pixel XL.

Flipkart has bundled the Pixel with a number of offers to make buying the expensive device a bit lighter on the pocket. Firstly, there’s a massive exchange deal worth up to Rs 27000. Secondly, the e-commerce site is offering electronic gift vouchers (EGV) equal to 10% of the cost of the handset chosen.

For instance, purchasing the Rs 57000 Pixel will net buyers a Flipkart Gift Card worth Rs 5700. Similarly, snapping up the Rs 76000 Pixel XL will get them a Rs 7600 gift card. This particular perk is only valid for the first 1000 customers. Thirdly, SBI credit card holders can avail a flat 10% discount.

Common specs of the Google Pixel and Pixel XL:

Flipkart says the Pixel and Pixel XL will release on October 24 in India. You can pre-order the two here.