Google’s finally lifted the veil off its latest crop of smartphones, officially ditching the Nexus brand name in favor of Pixel. It’s the end of era and the beginning of a new one.

Google’s vision for the future of its smartphones is predictably dominated by its own products. The Pixel and Pixel XL have been stuffed to the gills with various Google-branded services, offering the purest Android experience you’ll ever get in a handset. Hardware and software integration is the key here, with the new phones representing the best challenge to Apple’s iPhone yet.

While HTC is the one who manufactured the smartphones, its branding is nowhere in sight. Instead, only the Google symbol can be seen on the back of the handsets. This marked departure is meant to represent the company’s absolute control over every aspect of the devices, from the new glass-aluminum design to the revamped launcher. 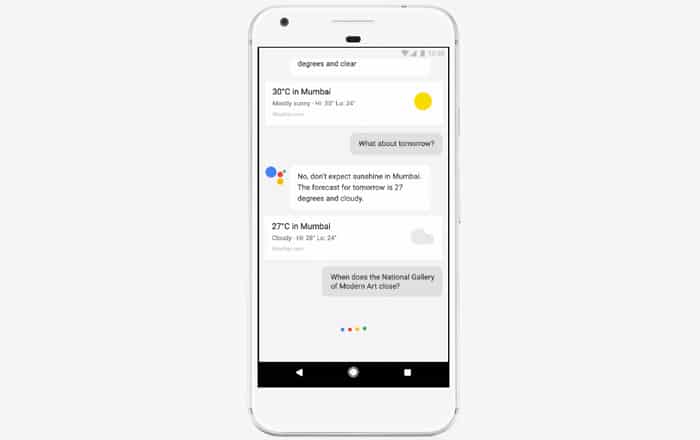 The Pixel and Pixel XL are the first smartphones to feature Google Assistant built-in and run Android 7.1 Nougat. The former is the brand’s answer to the likes Siri and Cortana. The AI can be called forth by holding down the Home button or simply saying ‘Ok Google.’ The search giant claims you can have a natural conversation with it to get answers and tasks completed.

For instance, if you get a text telling you to meet someone at a location, you can summon Google Assistant and state ‘navigate there.’ You can also ask it to do something specific like ‘show me my camping photos with Andrew’ and it’ll automatically scrounge up the images for you.

As for Nougat, the Pixel and Pixel XL are set to seamlessly get software and security updates straight from Google the moment they’re out. These upgrades will download and install in the background, a useful feature which translates to you not waiting around for your phone to sort itself out. 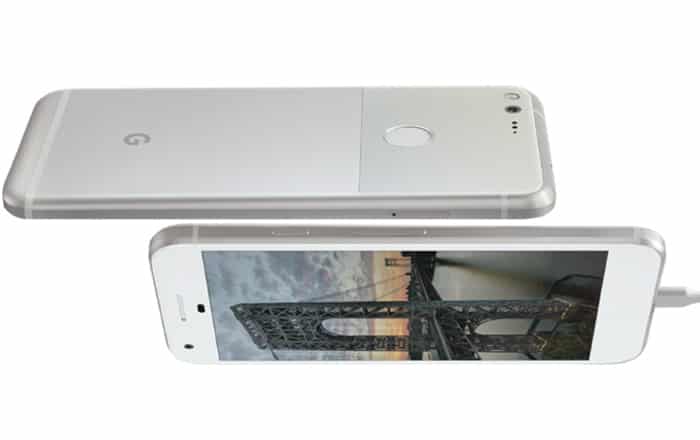 Google’s furnished the two with a fingerprint sensor called Pixel Imprint. Other than unlocking your handset, the rear-facing scanner further lets you access your notifications with just a downward swipe of your finger. The firm also claims the battery can survive all day and provides up to 7 hours of power after just 15 minutes of charging.

Google is also exceedingly proud of its 12.3MP camera, touting that the snapper is the highest rated smartphone camera ever made thanks to a DxOMark Mobile score of 89. It’s been equipped withan aperture of f/2.0 and 1.55µm pixels in order to output good quality shots even in low-light conditions. Moreover, you’ll be getting free unlimited storage space for full-resolution images and videos in Google Photos as a Pixel owner.

Common specifications of the Google Pixel and Pixel XL:

The smaller Pixel is priced at $649 for the 32GB version and $729 for the 128GB model, similar to the iPhone 7‘s cost. The larger Pixel XL will go for $769 and $869, correspondingly. The devices are already up for pre-orders in the US, UK, Australia, Germany and Canada and will release on October 20. US citizens can opt to buy the phones via Verizon or Google’s site. Color options consist of Really Blue, Quite Black, and Very Silver.