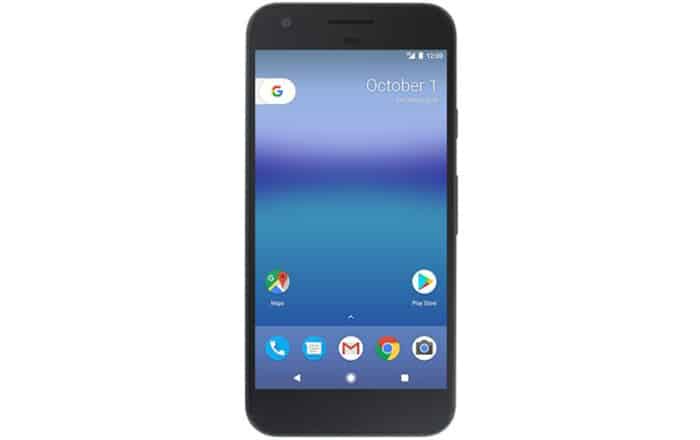 Google’s upcoming Pixel smartphone has gotten leaked in what appears to be an official render of the phone. While it certainly looks similar to what previous leaks of the handset, there are a few differences here and there.

First-off, the Google Pixel seems to be running the new pixel launcher with round icons and a slightly tweaked UI. Secondly, there’s no physical home button as was seen in earlier hands-on leaks. However, those pictures featured a blur where the button should have been, so it’s possible there was no physical unit to begin with.

All-in-all, Google appears to be taking a bare-bones approach to its offerings. VentureBeat has confirmed rumors that the company is planning to out a smaller 5-inch Pixel and a larger 5.5-inch Pixel XL. Both are being manufactured by Huawei and will likely signal the end of the brand’s Nexus line of phones.

Common specs between the two are expected to include 4GB of RAM, USB Type-C support, a 12MP primary camera, an 8MP secondary shooter, Android 7.1 Nougat, and a top-of-the-line quad-core 2GHz Snapdragon 821 processor.

The more compact Pixel could be priced at $649, propelling the handset into the premium category. For that much, users will get to take advantage of specs like a full HD display, 32GB of internal storage, a top-mounted 3.5mm headphone jack, a fingerprint sensor, and a 2770mAh battery.

As for the Pixel XL, Google may upgrade the handset with a QHD screen and a 3450mAh battery. The two are likely to be sold via Verizon and Google. Stay tuned for more on the devices till the company officially announces both on October 4.